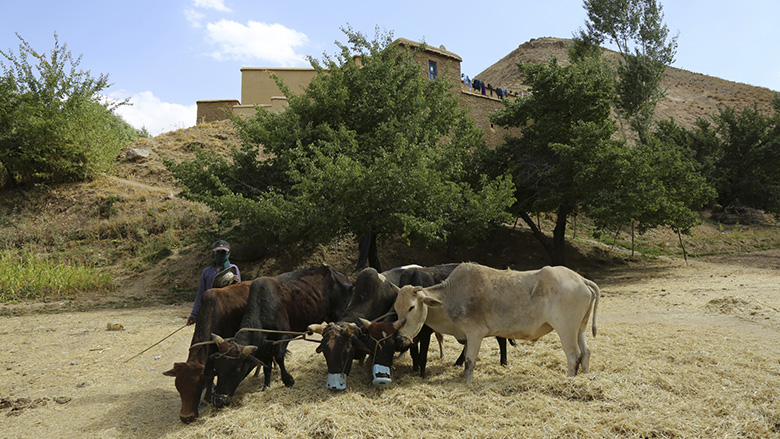 Live in Tagab Khedir Sufla village maintains its traditions but its residents have more opportunities to engage with the world after its first electricity generation station.

KHEDIR DISTRICT, Daykundi Province – Listening to the news on his mobile phone, Mohammad Zaman, 40, lies under the shadow of the trees near his fields, while his son pours black tea into cups. It’s break time after a hard day’s work in the fields. 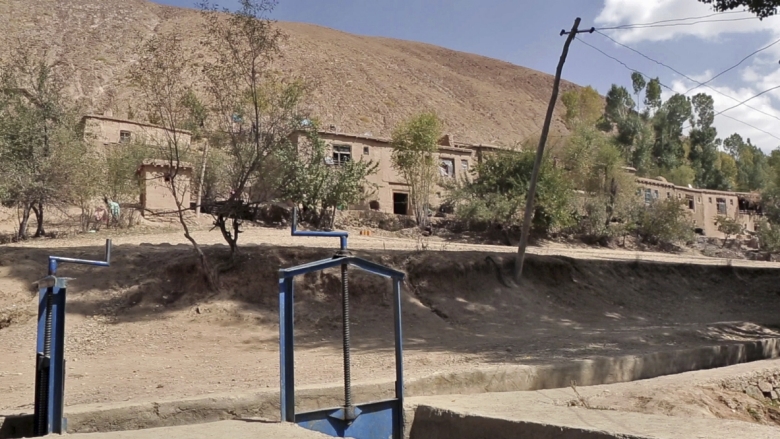 The station has a power generation capacity of four kilowatts of electricity, covering 44 households.

Photo Credit: Rumi Consultancy
" We did a lot in our village with NSP support, but there are still challenges. We are thankful, however, that in every village of Khedir district you can find a project that is funded by NSP.  " 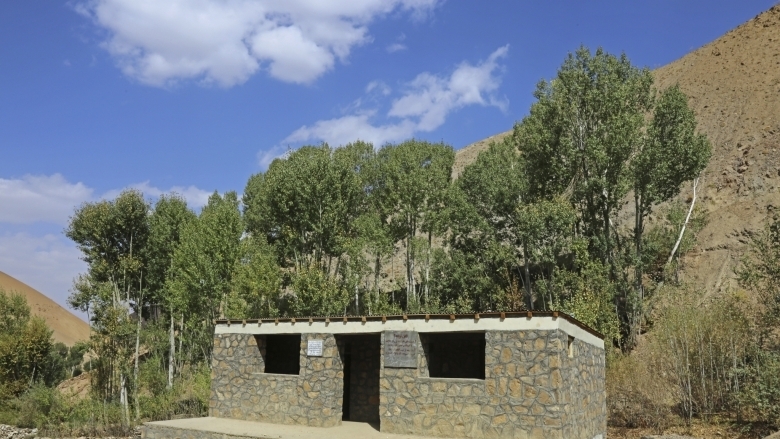 Since 2003, NSP has successfully established CDCs in over 35,000 communities across the country. CDCs have managed more than 88,500 rural infrastructure schemes, over 88,400 of which have been completed.

Tagab Khedir Sufla, like many other villages in Daykundi Province in central Afghanistan, hadfaced a short and inconsistent supply of electricity. Villagers were not able to use lights at night, watch television, or charge their mobile phones. After the construction of the micro-hydro power station, most ofthe houses in the village havea dish antennas on the roof and watch national and international television stations.

People are happy about the affordable electricity. “Before the micro-hydro power station, we had generators but the fuel costs were high and people couldn’t afford to pay,” says Abdul Rashid, 44, a member of the local Community Development Council (CDC). “We have hydro power from six o’clock in the evening until eleven o’clock at night during summer and autumn, and 24 hoursof electricity during spring and winter. Also, people do not need to pay lots of money.”

The construction of the micro-hydro power station, started in 2013 and finished in 2015, was a sub-project of the National Solidarity Programme (NSP). The station has a power generation capacity of four kilowatts of electricity, covering 44 households. The project budget of 460,000 Afghanis, was provided as part of the NSP’s block grant and implemented by the Tagab Khedir Sufla village CDC.

NSP operates nationally under the Ministry of Rural Rehabilitation and Development (MRRD). It is supported by the International Development Association (IDA), the World Bank Group’s fund for the poorest countries, Afghanistan Reconstruction Trust Fund (ARTF), and the Japan Social Development Fund (JSDF).

NSP aims to generate a strong sense of ownership and social stability among the population, while enhancing service delivery and security. NSP projects accomplish these goals through empowerment and development activities,in which communities identify, plan, manage, and monitor their own projects.

Since 2003, NSP has successfully established CDCs in over 35,000 communities across the country. CDCs have managed more than 88,500 rural infrastructure schemes, over 88,400 of which have been completed.

NSP project in every village

The micro-hydro power station is just one of NSP’s many projects in Daykundi since the program launched in the province in 2003. NSP covers all eight districts of Daykundi and has established 750 CDCs across the province, giving villagers a structure through which to identify and solve problems. The program has completed nearly, more than 1,600 sub-projects in the areas of transport, education, and drinking water.

Although Tagab Khedir Sufla village is located at the center of Khedir district, the village and district aregeographically isolated. “The awareness of people beyond their community is very low,” says Ali Madad Rezaei, 29, the NSP development officer in Khedir district. Electricity generated by the micro-hydro power station has given villagers access to media and communication, enabling them tobecome more aware ofthe world beyond their village.

Affordable electricity also has brought light to school students, who can now study at homeafter dark. “Before the hydro power station, we did not have electricity because my father’s income was low and we used only oil lamps. I was studying only during the day,” says Tahira, 16, a ninth grade student. “Now I can study at night, too.”

In addition to the micro-hydro power station, the Tagab Khedir Sufla CDC has implemented four other NSP projects to improvethe lives of villagers. “We did a lot in our village with NSP support, but there are still challenges,” says Mohammad Zaman. “We are thankful, however, that in every village of Khedir district you can find a project that is funded by NSP.”

At the initiation of the Government of Afghanistan, NSP, through which more than 35,000 CDCs throughout the country played a major role in implementing rural projects and resolving conflict and problems in their communities, will soon be replaced by the Citizens’ Charter Afghanistan Project (CCAP). The objective of the CCAP, in effect a social contract between the government and CDCs, is to improve the delivery of core infrastructure and social services to participating communities through strengthened development councils. These services are part of a minimum service standards package that the government is committed to delivering to citizens.