Growth, Economic Diversification, and Education Reforms: A Recipe for Success in Côte d’Ivoire 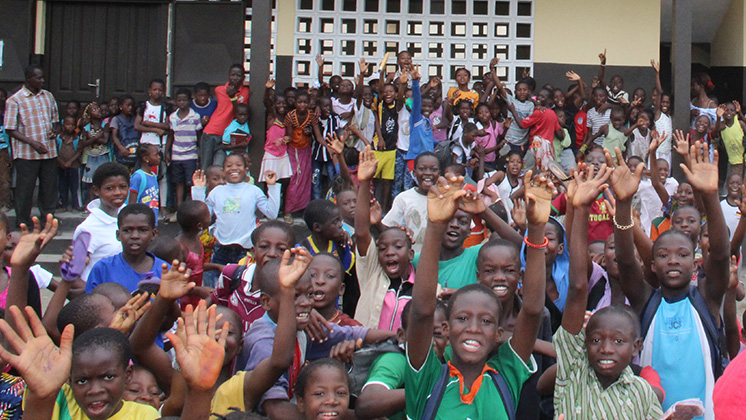 ABIDJAN, February 2, 2017 — After close to five years of double digit growth rates, Côte d’Ivoire experienced a slight economic slowdown in 2016. Hovering around 8%, this rate however attests to the country’s resilience in a sluggish regional environment. It remains one of the highest in Sub-Saharan Africa, which posted its lowest growth rate in two decades at 1.5% in 2016, reveals a new World Bank Economic Update on Côte d’Ivoire.

Construction and services drove the country’s growth as agricultural production weakened due to poor weather conditions (with cocoa production slowing in particular). The macroeconomic situation remains sound with inflation contained and external accounts relatively stable. However, according to the report, the budget deficit is growing (currently 4% of GDP), owing to the increase in spending on security following the March 2016 terrorist attacks and the government’s move to remedy the country’s infrastructure deficiencies.

“Continued strong economic growth will depend in part on the Ivorian government’s ability to stimulate private sector investments and manage domestic and external risks,” observes Jacques Morisset, World Bank Lead Economist and Program Leader for Côte d’Ivoire. One of the main external risks is the drop in world cocoa prices (25% slump in the last 12 months), as cocoa is the country’s leading export and source of income for six million Ivorian families. An increase in the cost of borrowing on financial markets could weigh on Côte d’Ivoire’s public debt and limit its financing capacities. On the domestic scene, good weather conditions and a stable political environment will also be decisive to staying on this growth path.

The report’s authors note that if the Ivorian economy is to contain these risks and generate more inclusive long-term growth, it will need to continue to diversify and increase the value-added of its exports based on the model of emerging countries that are manufacturing increasingly sophisticated products. In the industrial sector, in addition to efforts to increase the sector’s competitiveness, the report notes that there are niches to be tapped, mainly in pharmaceuticals and cosmetics, printing (books and brochures), and the timber industry. The sub-region and the rest of the continent are still unexplored markets and could become springboards for growth.

Increasing the Efficiency of Education Expenditure

The report, titled “The Skills Challenge: Why Côte d'Ivoire Must Reform Its Education System”, also examines the country’s education sector through the lens of how greater human capital can increase and improve production. The country’s decade-long crisis dealt a serious blow to the Ivorian education system and the country continues to lag behind despite the authorities’ efforts to close the gaps starting in 2011. For example, just 63% of Ivorian students complete primary school compared with 72.6% in Africa and 92.8% in middle-income countries. Those who do complete primary school have lower literacy and math skills than fellow students in other French-speaking African countries with, for example, a math score of 476 in Côte d’Ivoire as opposed to 594 in Burundi. These gaps widen in secondary school, notably affecting girls, children in rural areas, and poor families.

The Ivorian government plans to improve the performance of its education system by allocating more budget resources to the sector. Reforms are also on the agenda, such as free education for all up to the age of 16 and the development of centers of excellence. The World Bank report advises that one of the priorities should be to improve the effectiveness of public expenditure on education. For each percentage of gross domestic product (GDP) injected into the education system, school life expectancy (the number of years a child spends in the education system) lengthens just 1.6 years in Côte d’Ivoire compared with 3.5 years in emerging countries such as Thailand and Mauritius. The Ivorian government will therefore need to spend not only more on education, but will also need to increase the quality of that spending.

As Francis Ndem, education specialist and one of the report’s authors, explains, “One of the ways to improve the quality and effectiveness of public expenditure would be to introduce performance-based pay for Ivorian teachers, who are paid higher wages than their colleagues in other African countries. Teacher training and assessment programs could be set up to facilitate the process. Another recommendation made by the report is to rethink the subsidies to private schools that take the public sector’s student overflow in order to give families a more efficient direct financial aid system and the freedom to choose the school they want for their children. Lastly, steps will need to be taken to reduce administrative expenditure (deemed high in Côte d’Ivoire) and prioritize the purchasing school equipment and supplies.