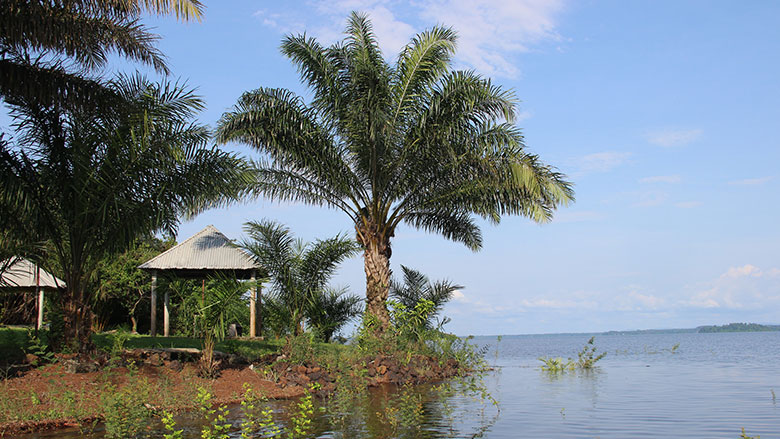 LIBREVILLE, January 19, 2017—In Gabon, lush green forests give way to expansive savannahs that teem with wildlife such as elephants, hippopotami, and water buffalos—just to name a few species.  The incredible flora and fauna that call this 268,000 square kilometer country home make up a unique ecosystem that is part of the planet’s largest green lung after the Amazon.

These tropical rainforests and wetlands are also a primary resource of food security, energy production, and agriculture for thousands of Gabonese. Many depend on these wetlands for their livelihoods, particularly fishing, the country’s main subsistence activity.

Joachim Nzeguema, a 50-year old fisherman living in the village of Mvamzaman, on the banks of the Ogooué River, is convinced that the wetlands are a source of wealth and income for villagers whose responsibility it is to adopt sustainable fishing methods that help preserve this rich ecosystem. “The economic crisis led many people to take up fishing. Some are occasional fishermen; others fish because of the circumstances. As a result, many do not heed the regulations on fishing techniques or the biological recovery period,” he laments. “This drives fish away or leads to the disappearance of certain species.”

The consequences of unbridled, disorganized fishing can be disastrous for the wildlife and plant populations of these areas. Many fishermen are using nets with extremely fine meshes that do not conform to established regulations, and in turn catch all kinds of fish and shellfish indiscriminately, regardless of their size and stage of growth. In addition, these nets are not very durable and once they can no longer be used, they are often discarded on riverbanks posing the risk of ghost fishing and further degradation of the environment.

“In 20 years, we have seen the number of fish decline considerably. Species we used to have in abundance are now gone from our lakes and rivers. The most flagrant example is the sawfish, one of the aquatic species we used to see in our rivers. Certain animals, such as the dwarf crocodile, the slender-snouted crocodile, the hippopotamus, and the water chevrotain are now endangered and protected species,” recalls Jean-Claude Oguelivelda, a 62-year-old fisherman from the village of Nenguetogolo.

The protection of wetlands of international importance has become a priority for Gabon, which is a member of the International Wetlands Convention (also known as the Ramsar Convention). Nine natural sites in Gabon, encompassing 2.8 million hectares and home to a wide variety of aquatic ecosystems, have therefore been added to the Ramsar List.

The objective of the Sustainable Management of Critical Wetlands Ecosystems Project, financed by the Global Environment Facility, a partnership of 18 agencies including the World Bank, is to enhance the protection of biodiversity in selected forested wetlands on the Ramsar List by expanding the knowledge and expertise of the National Agency of National Parks and developing conservation measures for sustainably managing and preserving these ecosystems. It will cover three of the nine Ramsar sites, or 75% of the total area of the Ramsar sites in Gabon.

For fishermen like Nzeguema and Oguelivelda, who are located in the Bas-Ogooué region (a total of 862,700 hectares), this is a firm reassurance that their livelihoods will prosper once more. Their communities will be able to participate in awareness-raising activities aimed at improving their farming practices and fishing techniques, and thus increase their productivity and food security while preserving the wetlands ecosystem. 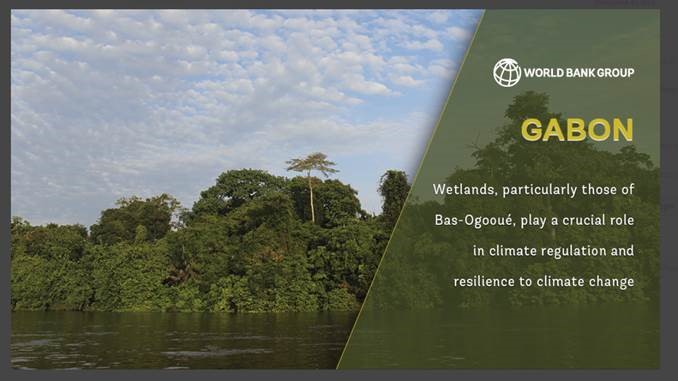