Can a Nation Build its Future if it Cannot Feed its Children? Five Policy Actions to Transform Crop and Livestock Farming in Mali 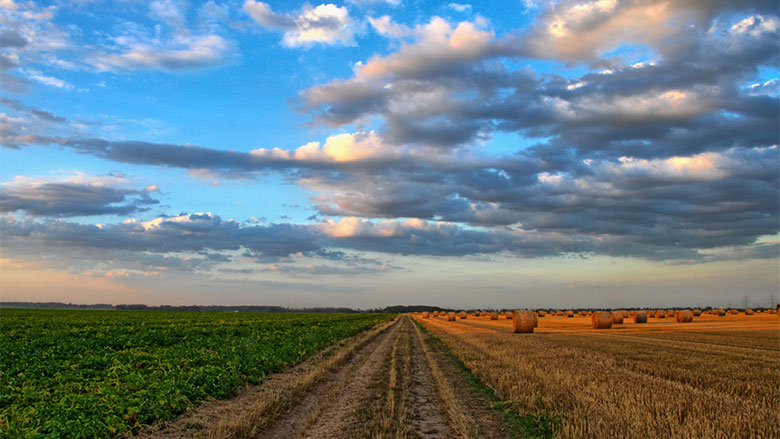 An agri-food technology zone in the Office du Niger district.

BAMAKO, December 9, 2016 ─ Despite the dominant role that crop and livestock farming plays in Mali’s economy, the country has some of the highest rates of acute malnutrition and rural poverty in Africa. In 2015, the country ranked 179th of 188 countries on the United Nations Human Development Index. At the heart of this paradox is the fact that Mali’s agricultural sector is underperforming in terms of productivity.

Crop and livestock farming accounted for 37% of Gross Domestic Product (GDP) or 63% of total employment (86% of employment in small towns of fewer than 5,000 inhabitants) in 2015. Yet agricultural productivity remains very low due to the predominance of rainfed agriculture, land degradation, high post-harvest losses, the low rate of processing, and a lack of private investment. 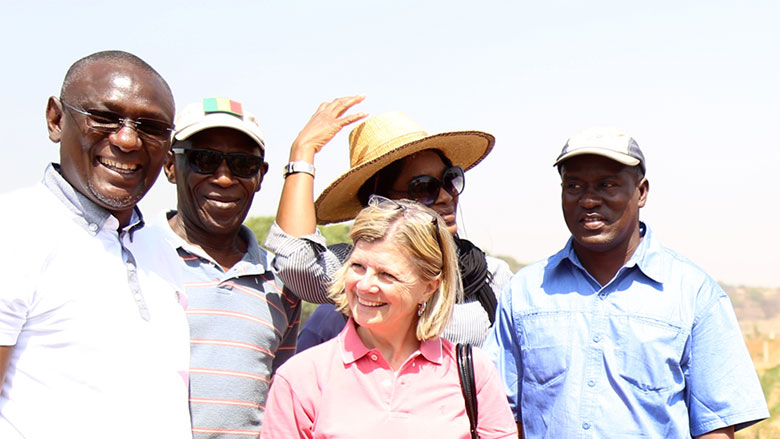 Ethel Sennhauser on a visit to the SCS International Mali agri-food technology zone project in the Kabale District.

World Bank experts looked into these challenges at a food and agriculture seminar held in Bamako this past November. The goal was to discuss the country’s agricultural future with authorities and rural players, and define the kinds of actions being undertaken by the World Bank and its partners.

“Mali allocates approximately 15 to 18% of its public expenditure to the food and agriculture sectors, accounting for some two-thirds of their total financing (public and private). However, when countries have successfully transformed their agricultural sector, public finance comes to just one-third of total financing,” explained Paul Noumba Um, World Bank Country Director for Mali, at the seminar.

For Ethel Sennhauser, Director of the Agriculture Global Practice at the World Bank, who conducted several field visits in Mali in addition to the seminar, “transforming crop and livestock farming in Mali is vital to meeting the dual demographic and climate challenge.”

Sennhauser reported that demand for quality foodstuffs is constantly on the rise due to the high rate of demographic growth (+3.2% per year) and urbanization (+4.7% per year), while the prevalence of global acute malnutrition (estimated at 12.4% in 2015) has already reached close to or above the “critical” point of 10% between 2011 and 2015. Mali, like other West African countries, is highly vulnerable to global warming and its output of maize, sorghum, finger millet, groundnut, and bananas is expected to fall sharply (below 10% by 2050).

The seminar consequently identified five areas for action to transform Malian agriculture, which currently relies mainly on cotton (Mali is the second largest producer of cotton in Africa). These policy actions are inspired from Brazil’s successful diversification of its agricultural economy into 18 other sectors, which helped put an end to its dependency on coffee. They also look to California’s experience in managing land, water, and abundant sunshine to develop large-scale production of quality foodstuffs.

These five policy actions are designed to boost productivity in these key sectors for the Malian population:

If Mali manages to meet these challenges, the country could become the breadbasket of West Africa. As summed up by Yaya Malle, President of the Fédération Nationale des Transformateurs des Produits Agroalimentaires du Mali (National Federation of Malian Food Processors) or FENATRA: “Developing food processing in Mali will help close the gap with emerging countries.”