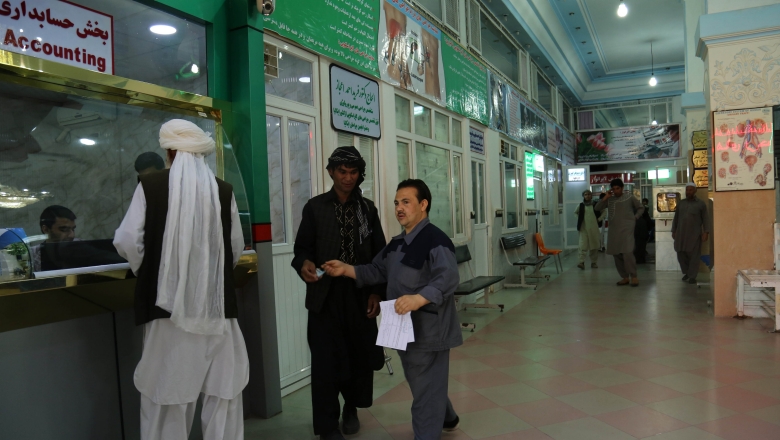 Loqman Hakim Hospital is the first hospital in Afghanistan to successfully perform a kidney transplant.

HERAT CITY, Herat Province – A little girl rests on her hospital bed with several tubes attached to her body, one of which is connected to a dialysis machine next to the bed. On the other side of the room, an old man is undergoing hemodialysis connected to a second dialysis machine. The only sound breaking the silence comes from the air conditioner.

Mohammad Reza, 50, is waiting for his daughter’s hemodialysis to finish so she could transfer to another ward of Loqman Hakim Hospital. His daughter was diagnosed with kidney disease three years ago. “I took her to Iran and Pakistan several times, but the treatment was expensive and not successful,” says Reza. “I don’t need to travel outside the country anymore because this hospital provides very good services at a reasonable price. I hope my daughter continues to be treated here.”

Reza is hopeful that his daughter will be treated since she is at the hospital that performed the first kidney transplant in Afghanistan. “For the first time in Afghanistan, we successfully conducted a kidney transplant in Loqman Hakim Hospital in April 2016,” says the director, Dr. Farid Ahmad Ejaz, referring to the operation in which a 38-year-old mother donated one of her kidneys to her 13-year-old son.

Loqman Hakim Hospital is a private hospital located in Baagh-e-Azadi in Herat city. It started providing medical services in 2009 with 10 beds and 35 employees but has since expanded to 100 beds and 200 employees. It offers round-the-clock medical care in several areas, such as general surgery, internal medicine, obstetrics, gynecology, and para-clinical services.

The kidney transplant was performed by Afghan doctors under the supervision of Iranian colleagues. It is the successful outcome of a series of medical tours and trainings in Iran for over 50 doctors from Loqman Hakim Hospital in the diagnosis and treatment of kidney disease, renal operations, and transplants. 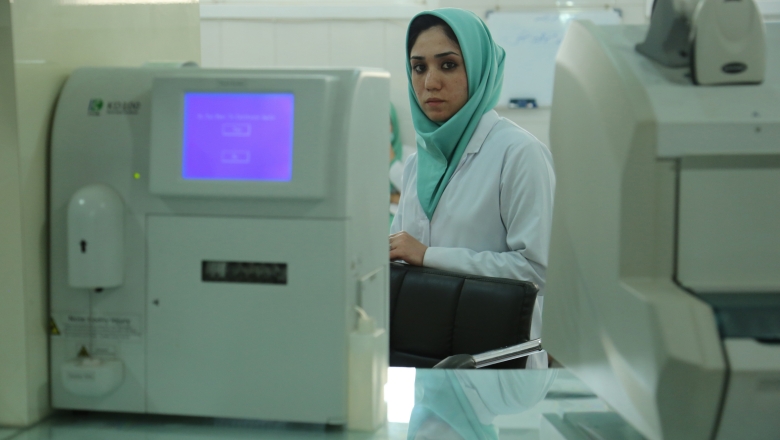 As part of the capacity building nurses too have been trained to operate the dialysis machines at the hospital.

Photo Credit: Rumi Consultancy / World Bank
" I can say if it wasn’t for the assistance we received from ANMDP, we wouldn’t be where we are.  " 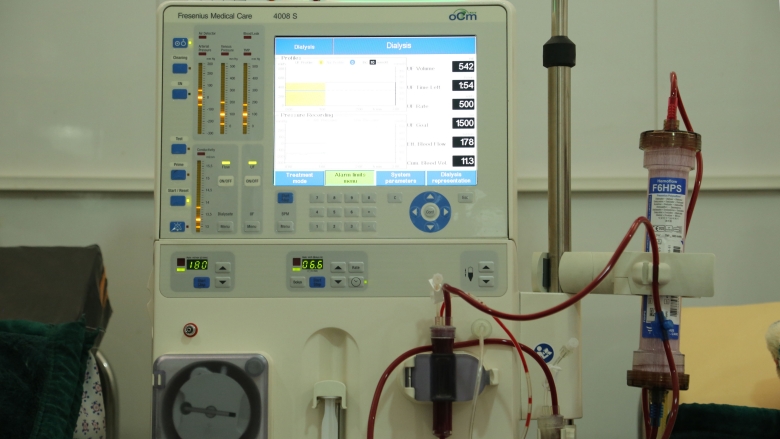 The hospital now procures advanced medical equipment from abroad and its new facilities were constructed with foreign technical support.

The capacity building opportunities for the hospital staff have been made possible through the support of the Afghanistan New Market Development Project (ANMDP) implemented by the Ministry of Commerce and Industries. “I can say if it wasn’t for the assistance we received from ANMDP, we wouldn’t be where we are,” says Dr. Farid Ahmad Ejaz.

ANMDP assistance also has allowed Loqman Hakim Hospital to partner with hospitals from other countries to improve its services and standardize its systems. The hospital now procures advanced medical equipment from abroad and its new facilities were constructed with foreign technical support.

ANMDP, launched in May 2011, is a cost-sharing program to support small and medium enterprises and business associations with access to business development services to enhance their productive capacity and encourage innovation through product and market diversification. It is supported by the International Development Association (IDA), the World Bank Group’s fund for the poorest countries.

Since starting operations in Herat Province in 2013, ANMDP has implemented 280 small and large scale projects in 87 manufacturing and export companies and business partnerships. These projects have involved capacity building initiatives and adherence to international standards.

The projects in Herat Province have helped five Afghan companies find international markets for their products. ANMDP has also helped 18 companies expand their markets beyond the province to a national level, while 12 companies, including the Loqman Hakim Hospital, have expanded the scope and scale of their services within Herat Province.

ANMPD has provided marketing guidance to the management of Loqman Hakim Hospital as well. The hospital now has an official website and engages actively on social media. “ANMDP has strongly supported us,” says Massoud Ghafoori, administrative and marketing manager of the hospital. “Our staff has official email accounts and our marketing products have reached a large number of people.”