How Does an Aging Population Affect a Country? 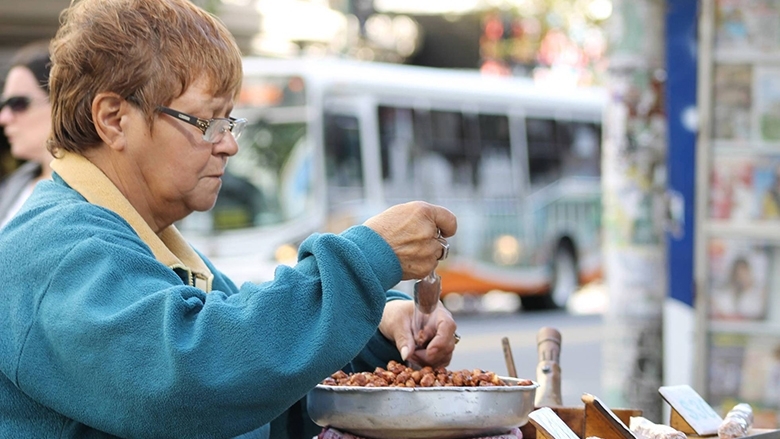 Sixty years ago, average life expectancy in Latin America was 55.7 years. Today, it is nearly 75 years. Improvements in public health, coupled with increases in the quality of life and the level of equality in our societies, have led Latin Americans to live longer.

The longer we live, however, the more necessary it becomes to rethink some of a country’s social and economic institutions in order to guarantee the well-being of citizens once their working lives come to an end.

In Latin America and the Caribbean, Uruguay is the country with the oldest population. That nation has levels similar to those of some European countries and is among the countries in the region that started its demographic transition earliest. In other words, there are a larger number of older adults and fewer births.

“Uruguay is experiencing demographic change, which is no different from many other countries although it does have some special characteristics because it is slower. This is what we call the aging of the population. It occurs for two reasons: fewer people are dying and people are having the number of children they want and no more. Those two features are indicators of a country’s social development. Consequently, this demographic change is a very good thing,” says Rafael Rofman, a social protection expert at the World Bank.

Nevertheless, if changes are not occurring in the economically active population at the same time, the size of the labor force will tend to decrease, thereby limiting its economic capacity to cover the needs of those who have already retired.

This is why the World Bank chose Uruguay, with just over three million inhabitants, as a case study on demographic changes and the economic challenges of an aging population. What do the experts say?

According to the report “Demographic change and economic and social challenges in 21st-century Uruguay,” productivity is the main challenge of a country with an aging population. Higher levels of productivity during the demographic window – in other words, when there are a larger number of economically active individuals – can help in the medium and long term to maintain a positive growth rate.

According to the study, by 2050, 22% of Uruguayans will be over the age of 65; this percentage will rise to 30% by 2100. In the rest of the region, the aging of the population will be slower until the end of this century, when it will converge with OECD countries in 2100.

What does this mean? “If there are no changes in policies, the percentage of GDP allocated to basic social services (health and education) and social protection will increase from less than 25% in 2013 to nearly 43% in 2100,” says Rofman, one of the study’s authors.

Not only will there be more people requiring health care services but the relative costs of the services necessary for the older population will also be higher since the typical illnesses of this population demand more complex, costlier treatments (treating an infection in a child or adolescent is much easier than treating chronic diseases in older adults).

During the demographic window, there is generally a period in which the proportion of working age adults in the population increases before eventually decreasing. This occurs because the decline in fertility initially leads to a rapid reduction in the number of children, which increases the number of older adults. This period is known as the “demographic window.”

Uruguay is now experiencing the phase of a higher percentage of the working-age population, which creates an important opportunity to increase savings and to generate investment resources. According to the authors of the study, investment in human and physical capital should be sharply increased.

With respect to human capital, a quality education system will produce more highly skilled, competitive workers who can produce more goods and services for the population as a whole. In addition to this physical capital, more and better equipment and the adoption of new technologies will enable Uruguayan production to continue to rise, despite a declining number of workers.

Summarizing the study, in response to fiscal demands and the need to sustain economic growth to guarantee the well-being of the population and the country’s development, Uruguay must attack on several fronts, with an emphasis on four: