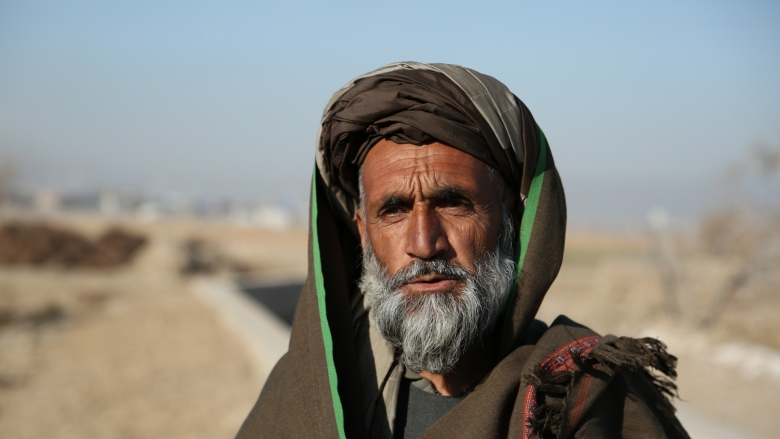 The content look of a  farmer who knows his farmland will provide better yields now that the recent canal project improved and extended the village’s water canal.

DAMAN DISTRICT, Kandahar Province –Farmer Haji Mohammad Akbar, 50, is hard at work on his farm, preparing the land for the next cultivation season, and he is happy to do it. He says that his farmland will provide better yields after a recent canal project that improved and extended the village’s water canal.

“Before the canal was rebuilt, our farmlands were not sufficiently irrigated and we could not harvest a good amount of crops. The canal will have a good impact on our crops now,” says the resident of Shorandam village.

Another Shorandam village farmer, Haji Mohammad Rahim, 55, explains how the faster water flow in the rebuilt canal has increased their harvest. “It used to take one hour for the water to reach our farmlands, but ever since the canal was reconstructed, it only takes half an hour,” he says. “In the past, we could only irrigate one jerib (2,000 square meters) of land when it was our turn, now we can do two jeribs in the same time. This has contributed to an increase in the amount of our crops.” In a village where most of the residents are farmers, the difference has had a profound impact on the lives of the 370 families living here.

The rebuilt, concrete-lined canal has not only increased the speed of water flow but has also successfully prevented water wastage along the way. The old canal was not built with concrete, which meant that a significant amount of water was absorbed by its earth bed, with another amount oozing through its walls.

Shorandam village is located in Daman district, 20 kilometers southeast of Kandahar city, the capital of Kandahar Province. The canal begins along the Kandahar-Spin Boldak Highway, passes alongside village houses, and stretches to the outlying farmlands. The Shorandam canal project included improving the village’s existing canal and extending it.

The project took about two and half months to complete between October 2014 and January 2015. The initial length of the canal was proposed to be 425 meters, but thanks to the efforts of Shorandam villagers, it was ultimately extended to 1,100 meters. The National Solidarity Programme (NSP) supported the project with 3 million afghanis (about $51,840), and the local community contributed 308,000 afghanis (nearly $5,322).

NSP is the Government of Afghanistan’s flagship program, implemented by the Ministry of Rural Rehabilitation and Development (MRRD) for rural development. NSP is supported by the International Development Association (IDA), the World Bank Group’s fund for the poorest countries, Afghanistan Reconstruction Trust Fund (ARTF), and Japan Social Development Fund (JSDF). It has projects in 17 districts in Kandahar Province, where it has been operating since 2003. NSP has implemented 3,877 projects in the province in areas such as water and sanitation, irrigation, electricity, transportation, education, livelihoods and rural development. 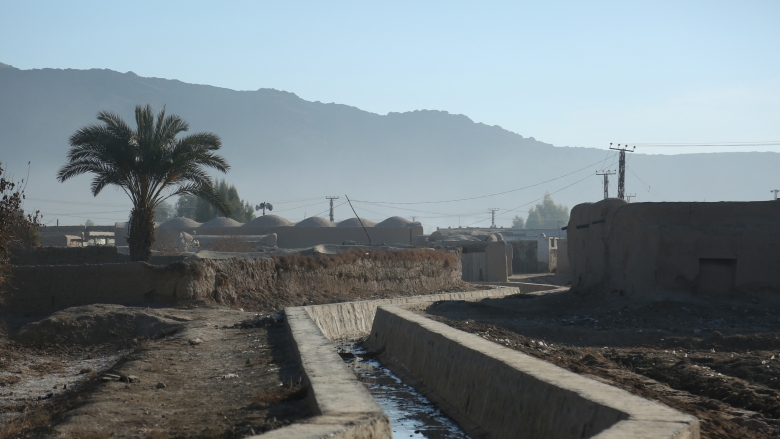 The rebuilt, concrete-lined canal has not only increased the speed of water flow but has also successfully prevented water wastage along the way.

Rumi Consultancy / World Bank
" Before the canal was rebuilt, our farmlands were not sufficiently irrigated and we could not harvest a good amount of crops. The canal will have a good impact on our crops now.  " 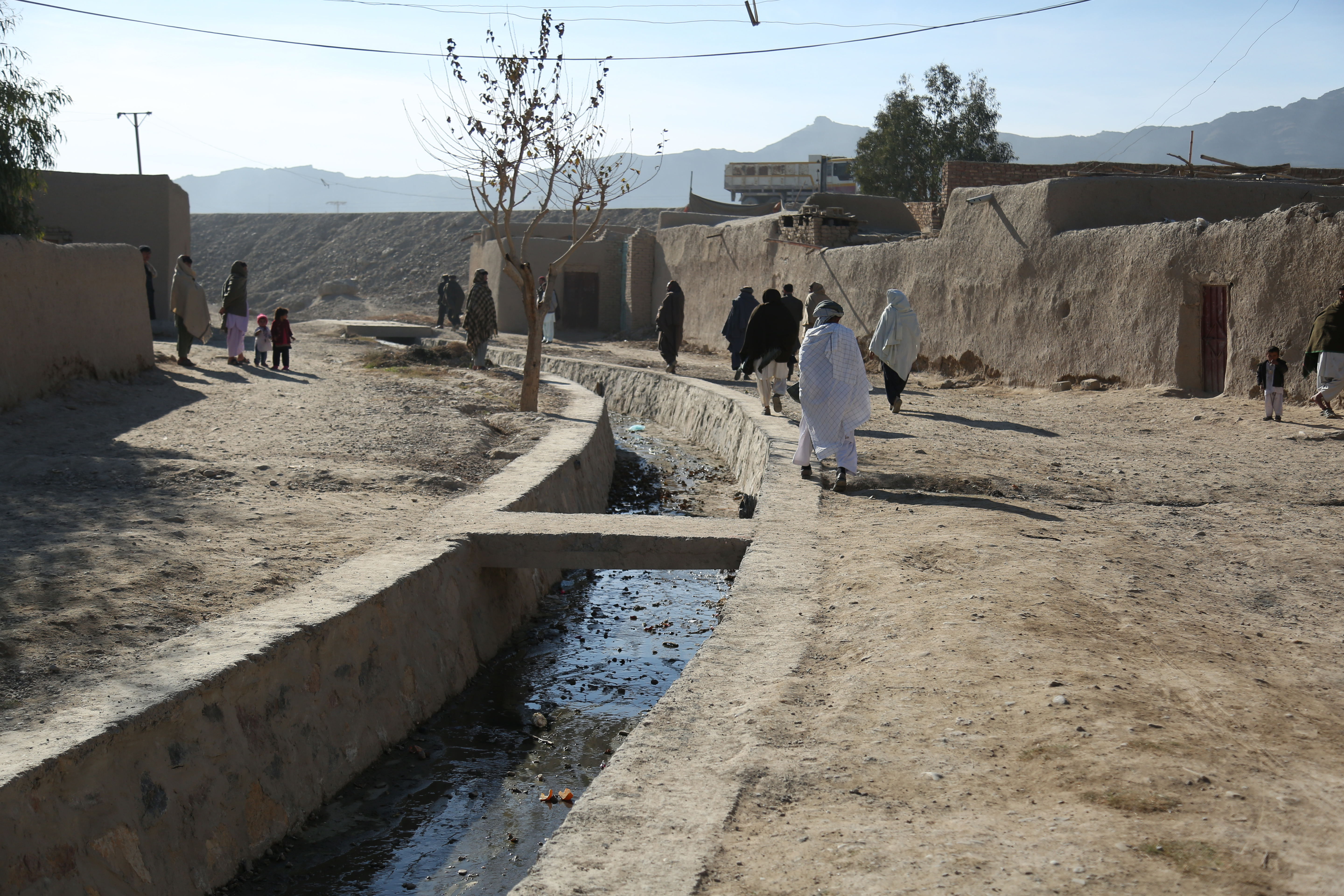 After the reconstruction of the canal, both villagers and their houses have been saved from the dangers of flooding.

The NSP has successfully established Community Development Councils (CDCs) in more than 35,000 communities. CDCs, whose members are elected, are responsible for implementing small-scale rural development projects, such as the Shorandam canal project.

Shorandam’s CDC facilitated the project by raising money and overseeing its completion. Haji Mohammad Rahim, who is a member of the CDC, says: “We solve many of the villagers’ problems through the council. If it did not exist in our village and did not act quickly, the scale of the problems would have become larger.”

Ahmad Fahim Fayeq, an NSP engineer in Kandahar province, agrees that the CDCs in his area are effective in project implementation: “We can easily implement our projects through the CDCs. Most of the villagers have developed the capacity to implement projects. CDCs have even been assisting in local governance.”

The Shorandam canal is lined with houses, with palm trees dotting the yards. Before the construction fortified the canal with concrete, its walls were constantly damaged by water, which also often poured into the houses. “In the past when it rained, water accumulated and entered the houses. In particular, the walls of those that were located close to the canal paths were damaged, “says Haji Noor Mohammad, 42, Head of the CDC. “People were using buckets to take the water out of their houses.”

After the reconstruction of the canal, both villagers and their houses have been saved from the dangers of flooding. Previously, repairing the damaged canal’s walls was expensive and time consuming. “Since the canal was damaged every year, the villagers had to spend several days to restore it. This held us back from our farming work,” says Haji Mohammad Akbar, who is pleased that this is now no longer the case.