Temotu, Solomon Islands, May 13, 2016 – Francis Nadia was busy, repairing the village school when the earth began to shake in a way the 41-year-old had never felt in his life.

“We knew something bad was going to happen,” said Nadia.

Moving quickly, the villagers evacuated the children, elderly and disabled away from the seaside village of Nanngu.

By the time the 2013 tsunami hit, families were already up in the bushes on higher ground. Only a few of the men stayed to watch over the village as the wave washed ashore carrying anything that wasn’t bolted to the ground.

For generations, the people of Nanngu have been at the frontline of natural hazards – facing earthquakes, tsunamis, cyclones and droughts – as a result of their location in the Pacific Ring of Fire and the tropical cyclone belt. Villagers have also faced the threat of coastal erosion as a result of sea level rise while their food supply has been affected by changing climatic patterns.

The growing intensity of natural hazards and climate change have made life in Nanngu difficult. At the center of this is the community’s struggle for water, brought on by the destruction of the village’s water supply system in a major cyclone in 1993.

“For over 20 years we only had a single tap for the whole village to use. And it leaked and didn’t run properly,” said Nadia.

Women and children would walk several kilometers into the bush to collect water from streams. Some paddled dugout canoes to a nearby island to get water.

Life at Nanngu revolved around finding and collecting water, even at the expense of planting gardens for food. It also affected education. During drier months, the village school would end classes early to allow students to help their families collect water. 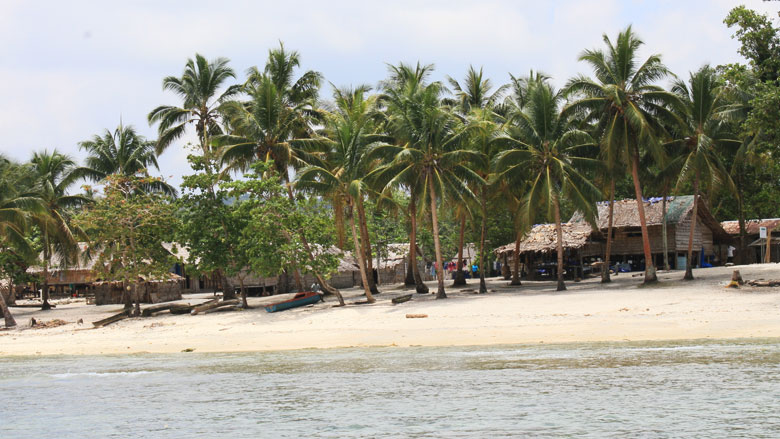 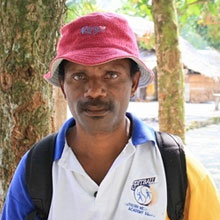 In 2014, the World Bank worked with the Solomon Islands government to better manage disaster and climate risks through the Community Resilience to Climate and Disaster Risk Project (CRISP).

The project, which is carried out through the Ministry of Environment, Climate Change, Disaster Management and Meteorology, focuses on bringing climate change adaptation and disaster risk reduction into government policies and operations; setting up early warning systems; and investing in vulnerable communities in the provinces of Guadalcanal and Temotu. The two provinces were hit by natural disasters a year apart, with a major earthquake and tsunami in Temotu in 2013 and flash floods in Guadalcanal in 2014.

The village of Nanngu in Temotu was selected as the first site for the project.

“From our assessment it was clear that a water system was badly needed and it was the priority for the villagers,” said project engineer Edwin Ghasapio.

But setting up a project in such a remote location came with challenges.

“You’re working in the middle of the ocean, outside of regular shipping routes,” said Ghasapio.

Once the materials arrived it was a race against the start of the rainy season to get the work done.

The communal nature of Nanngu proved beneficial, with the community mobilizing to help build the water supply system.

“We just waited for the conch shell to blow to signal the start of work before we moved on to our next task,” said Nadia. “We were determined to get the water system built.”

Four months later, that determination paid off with the installation of 15 pipe stands across the village, running 3 kilometers from the catchment site and, for the first time in two decades, giving Nanngu homes access to running water.

For the project’s engineers, this is just the first in a list of planned activities that will help strengthen vulnerable communities in Temotu and Guadalcanal.

“Nanngu’s water supply system will help the community to be more resilient in the face of droughts, cyclones and other natural hazards. So that life is not disrupted as it has been in the past,” said Ghasapio.

To ensure the system lasts against future tsunamis and cyclones, the pipe stands were reinforced with stronger cement casing, water pipes were buried deeper underground and placed out of the path of the previous tsunami.

The project is supported by the EU-funded ACP-EU Natural Disaster Risk Reduction Program, managed by the Global Facility for Disaster Reduction and Recovery, and the Global Environment Facility’s Least Development Country Fund.