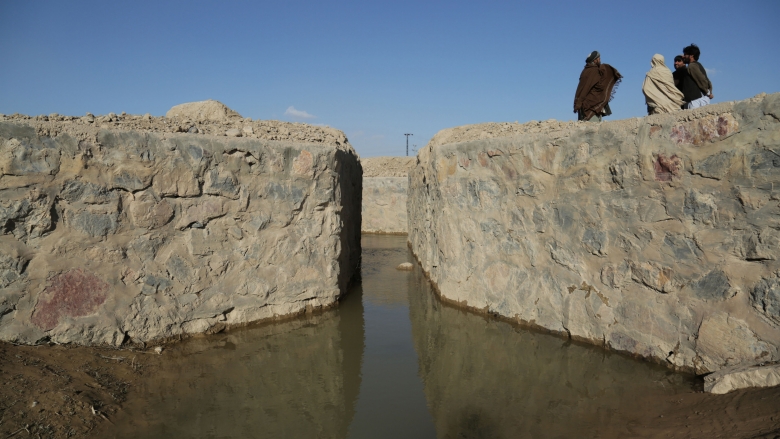 The canal irrigates 1,550 hectares of land, compared to the 1,205 hectares prior to the rehabilitation.

KANDAHAR CITY, Kandahar Province – The shepherd’s loud calls keep the flock of sheep together while they pass calmly along a water canal. It is early afternoon and nothing but the loud calls of shepherds can be heard in Ghra village. Abdul Karim, 28, is standing by the concrete canal and keenly watching the water flow smoothly through.

“In the past, the irrigation system was built out of mud,” says Abdul Karim. “Ghra villagers used to have conflicts over the distribution of water into the branches of the old canal, which brought water to the farmlands. The conflicts were a big problem for the village.”

The recently rebuilt water canal in Ghra village has resolved the conflicts by dividing the water into two sub-canals so that it easily reaches villagers’ farms for irrigation. The rehabilitated irrigation system allows local residents to use the iron gates installed at each sub-canal to easily regulate the amount of incoming water.

Abdul Karim, a staff member of the Irrigation Restoration and Development Project (IRDP) in Kandahar Province, is in Ghra village to monitor the irrigation scheme that IRDP rehabilitated.

Ghra is a village of around 400 households in Daman district, located in the southern part of Kandahar city. Most of the residents are farmers or horticulturalists. Most of the orchards produce pomegranate and grapes, while the farms produce mainly wheat and melons.

The irrigation canal in Ghra village was rebuilt by IRDP, under the Ministry of Energy and Water. With support from the International Development Association (IDA), the World Bank Group’s fund for the poorest countries, and Afghanistan Reconstruction Trust Fund (ARTF), IRDP builds upon and scales up activities supported under the completed World Bank-financed Emergency Irrigation Rehabilitation Project (EIRP), closed in December 2011.

The project supports the rehabilitation of irrigation systems, serving some 300,000 hectares of land, throughout the country.  To date, under the irrigation component of this project, approximately 20,000 hectares (44 percent of the 45,000-hectare target) of restored irrigated area have been covered.

IRDP operates in six regions: Kabul, Herat, Jalalabad, Kandahar, Kunduz, and Mazar-e-Sharif. The IRDP Kandahar region operates in the five provinces of Helmand, Kandahar, Nimroz, Uruzgan, and Zabul. The project’s goal is to increase agricultural productivity and production in the project areas. 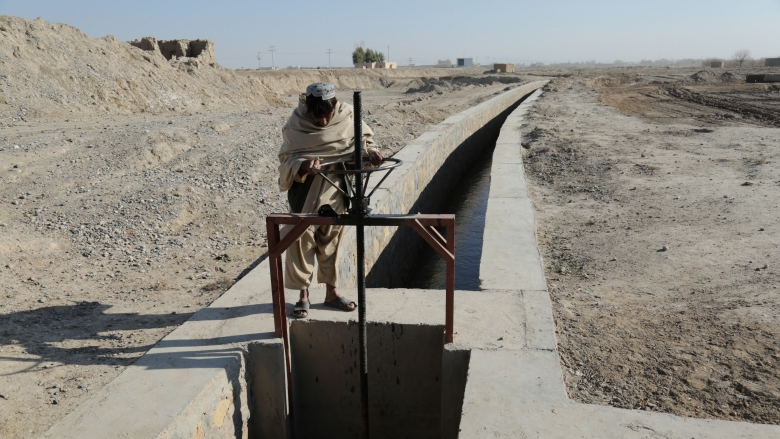 The rehabilitated irrigation system allows local residents to use the iron gates installed at each sub-canal to easily regulate the amount of incoming water.

Rumi Consultancy / World Bank
" The implementation of this project has made a great impact on the income of all farmers and horticulturalists in the village. Their income has nearly doubled and they are happy about it.  " 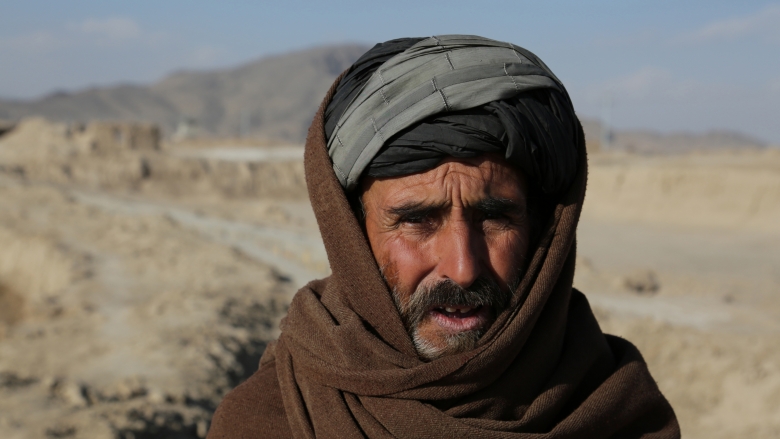 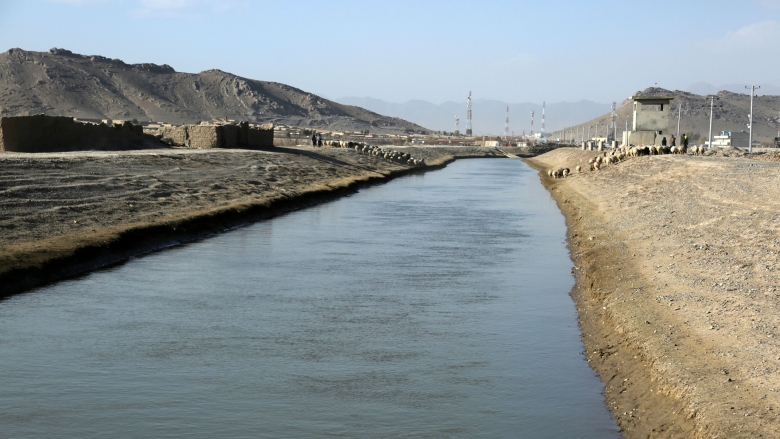 The implementation of this project has had a great impact on the income of all farmers and horticulturalists in the village.

Rehabilitation of the irrigation scheme in Ghra village has had a significant impact on the productivity of the farmlands and orchards. Today, the canal irrigates 1,550 hectares of land, compared to the 1,205 hectares prior to the rehabilitation. Farmers now receive sufficient water to irrigate their crops on a regular basis, with less water wastage along the way. The speed of water flow has also improved.

Abdul Ghafar, 30, a resident of Ghra village, works as a farmer on the farm and orchard owned by the head of the village. “In the past, our farmlands and orchards suffered from water shortage. Unfortunately people from the other side of the canal were coming and interfering with the amount of water coming through the canal,” he says. “But after the reconstruction of the canal, we no longer suffer from the problem because there is sufficient water now.” As the amount of irrigation water for the lands has increased, so has the amount of crops that Abdul Ghafar harvests.

The increase in the productivity of the lands due to sufficient water has led to a considerable rise in income for village residents. Haji Peer Mohammad, 53, a Ghra village elder, says: “Before the irrigation system was rebuilt, I earned 400,000 afghanis (about $6,000), but now I earn between 600,000 –700,000 afghanis (about $9,000 - $11,000). The implementation of this project has had a great impact on the income of all farmers and horticulturalists in the village. Their income has nearly doubled after the project was implemented and they are happy about it.”

The wider impact of rehabilitating the irrigation systems has been positive as well, as it has prompted many farmers to return to their villages. “Prior to the implementation of the project in this area, people were leaving their villages because they were not satisfied with farming due to the water shortages,” says Engineer Samiullah Momand, IRDP coordinator in Kandahar zone. “However, after the project was implemented in the region, they are now back and interested in agricultural activities, which are helping to revive the local market and boost the economy.”