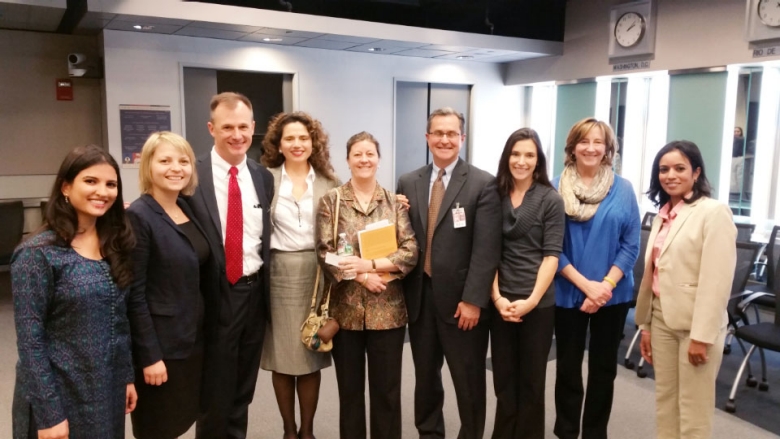 "Export-oriented apparel production—long a key industry in South Asia—displays characteristics of good jobs for development. With relatively low skill requirements, apparel manufacturing presents the poor with job opportunities. It also has a unique ability to attract female workers, with women's share of total apparel employment being much higher than women's share of the national labor force in nearly every country in the region. Women employed in the formal sector tend to have fewer children, reducing population growth, and several studies have found that women are more likely to dedicate their income to the health and education of children."

These remarks by Annette Dixon, World Bank Vice-President for the South Asia Region, set the tone for the launch of Stitches to Riches: Apparel employment, trade and economic development in South Asia on March 24, 2015 at the World Bank in Washington, DC. The book, which is part of the Directions in Development series, explores the potential of the apparel sector to create good jobs for development in the South Asia Region – specifically Bangladesh, Sri Lanka, Pakistan, and India – in the context of rising wages in China.

The book emphasizes that South Asia, which is in the midst of a demographic transition, is well suited to leverage the labor-intensive apparel manufacturing sector. "As one of the most prominent labor-intensive industries in developing countries, apparel manufacturing is a prime contender to create good jobs for development. With around 4.7 million workers in the formal sector and another estimated 20.3 million informally employed (combined with textiles), apparel already constitutes close to 40 percent of manufacturing employment. And given that much of apparel production continues to be labor-intensive, the potential to create more and better jobs is immense. There is a huge window of opportunity now for South Asia, given that China, the dominant producer for the last ten years, has started to cede some ground due to higher wages." However, to do so, South Asian countries will have to "offer a wide range of quality products to buyers rapidly and reliably—not just offer low costs." 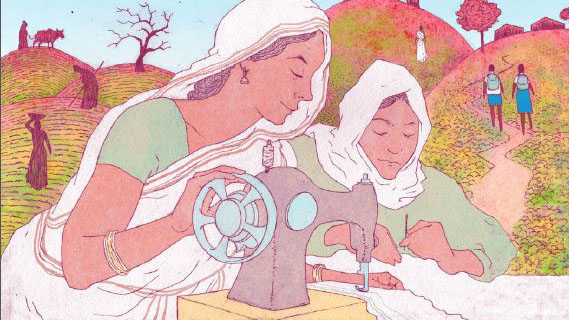 The launch included a panel discussion featuring Kimberly Elliot, Senior Fellow with the Center for Global Development; Mark Jones, Senior Vice President at Elevate Global Limited; and Hassan Zaman, Director of Operations Policy and Quality in the World Bank's Operations Policy and Country Services. It was moderated by journalist and researcher Sindhu Manjesh of American University. The discussion revolved around the role of policy, labor, skills development, wages, buyer-supplier dynamics, foreign investment, social compliance, and trans-regional trade arrangements impacting the apparel sector's prospects in the South Asia Region – along with the implications for job creation and poverty reduction in these societies. Watch the discussion here: Link to video recording.

The book offers timely and specific policy recommendations for stakeholders to better leverage the apparel manufacturing sector's potential. The focus is on identifying key bottlenecks and areas for improvement in the South Asian countries compared with those of their closest competitors in the South East Asia region (Vietnam, Cambodia, and Indonesia).

These recommendations include: (i) remove trade restrictions to allow easy access to manmade fibers as inputs; (ii) increase efficiency along the value chain such as integration between textile and apparel; and (iii) improve social and environmental compliance by introducing better human resource practices. At the country level, policy highlights include: (i) Bangladesh: improve performance on non-cost factors important to buyers; (ii) India: address constraints to firm growth (like integration of textile and apparel, and access to manmade fibers); (iii) Sri Lanka: position itself as regional hub and take advantage of emerging markets; and (iv) Pakistan: increase product diversity and reliability, and take advantage of new markets. 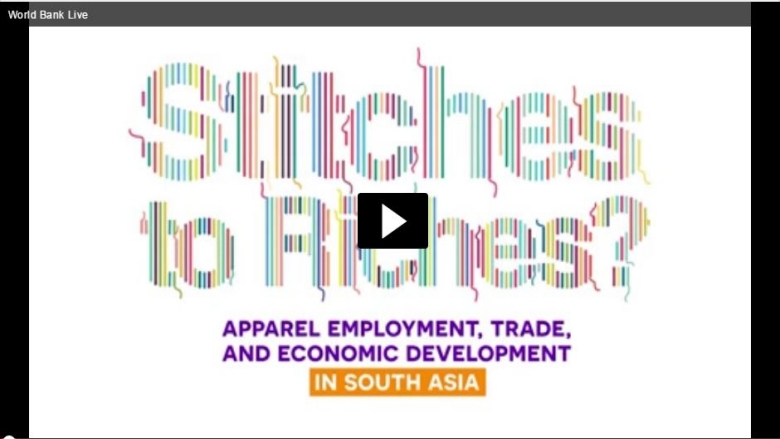