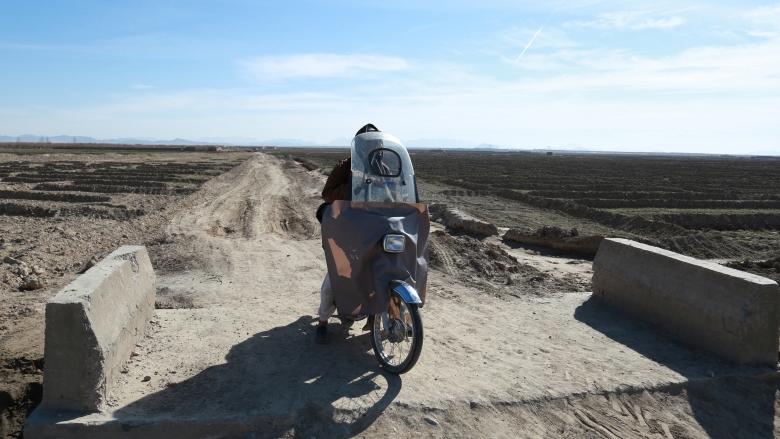 The all-season road neatly cuts through the landscape, passing through 1.2 kilometers of the village’s farmlands.

DAMAN DISTRICT, Kandahar Province – A short graveled road has changed the lives of residents in Mandisar village, connecting their lives to markets, schools, and health care, and bringing the community together. The all-season road neatly cuts through the landscape, passing through 1.2 kilometers of the village’s farmlands.

Sakhidaad, 25, has recently returned home to Mandisar village from Kandahar city, driving his gray wagon down the newly graveled road. “Before our village road was graveled, no vehicle could come here and we had to walk all the way from Mohmand village, the last village in the district connected to the paved road that goes to Kandahar city,” he says. “It would take us hours to get here from Kandahar city. But now, it takes only half an hour from the capital city.”

Esmatullah Azami, a civil engineer who was involved in the construction of Mandisar Road, recalls the muddy path before the all-season road was built. “When we first came here for the project survey, our car got stuck in the mud and we were forced to use a tractor to pull it out,” he says.

Mandisar Road, now open to traffic throughout the year, was built under the National Solidarity Programme (NSP), the Government of Afghanistan’s flagship program for rural development. NSP operates nationally under the Ministry of Rural Rehabilitation and Development (MRRD), and has implemented 2,160 sanitation, irrigation, electricity, and transportation projects in 17 districts of Kandahar Province since 2003. The program is supported by the International Development Association (IDA), the World Bank Group’s fund for the poorest countries, Afghanistan Reconstruction Trust Fund (ARTF), and the Japan Social Development Fund (JSDF).

NSP aims to generate a strong sense of ownership and social stability among residents, while enhancing service delivery and security. NSP projects accomplish these goals through empowerment and development activities, in which communities identify, plan, manage, and monitor their own projects. Since 2003, NSP has successfully established Community Development Councils (CDCs) in over 35,000 communities. CDCs manage more than 89,500 rural infrastructure schemes, of which over 77,800 have been completed to date. 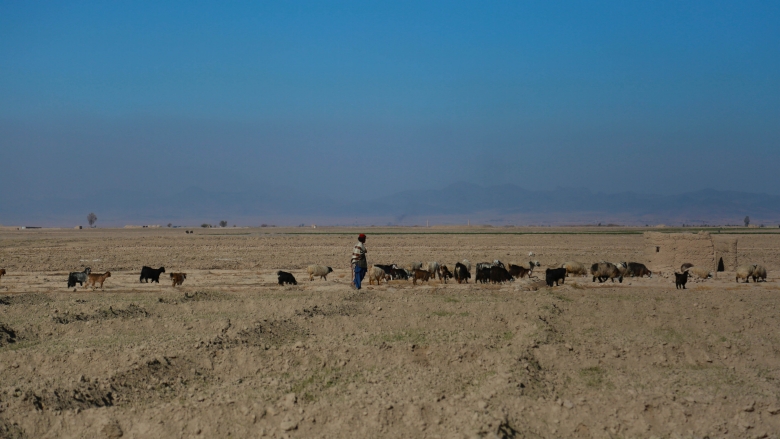 Mandisar village is surrounded by farmland, and most residents rely on agriculture as their main source of income.

Rumi Consultancy / World Bank
" Before the graveled road was built, people were not feeling part of the community. The road has made us united.  " 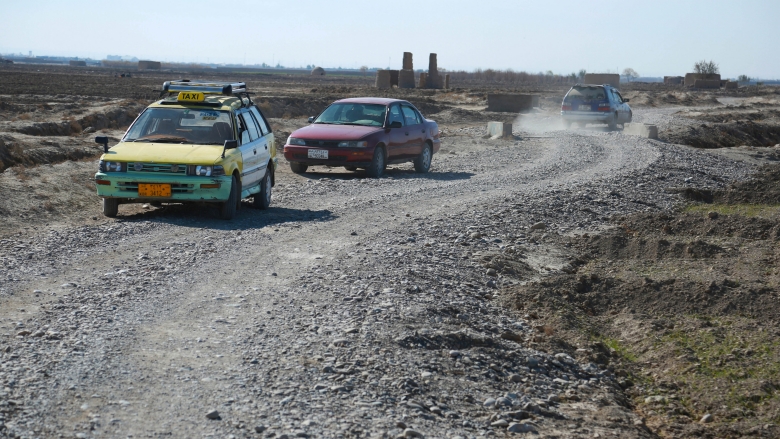 The new road has also helped bring the community together. The village’s taxi drivers say that the road has doubled the number of trips they make to Kandahar city each day.

Save time and money

Mandisar village is surrounded by farmland, and most residents rely on agriculture as their main source of income. The farmers say that the new road has shortened their trips to the market in the city, enabling them to spend more time working their fields and increasing crop yields. The trip to Kandahar city was so time consuming before the road was graveled that farmers had to stay overnight in the city when they took their crops to market, spending up to 10 percent of their daily profits on a hotel room.

“In the past when we did not have a graveled road, our agricultural products would not reach the market on time,” says Abdul Mohammad, 65, chair of the Mandisar CDC. Farmers are now able to make a trip to Kandahar city and back within the day, saving money and time.

They are also able to transport their produce properly without damage, and earning more as a result. “Some people used tractors to take their melons to the market. However, the melons were usually damaged because of the ruts in the mud road, and farmers had to reduce the price of their produce,” Abdul Mohammad says.

Benefits to the whole community

The benefits of having a graveled road extend to the whole community. Before the road was built, villagers were unable to visit even the nearby health centers. This, combined with the transportation difficulties farmers faced, led the CDC to prioritize the road construction project. The newly graveled Mandisar Road has made it possible for villagers to access health care services quickly.

Haji Mohamad Asad, 70, a resident of Mandisar village, says: “There are many cars in our village now and we can easily take patients to the health centers. In the past, there were only a few tractors and no cars in our village.” The village’s taxi drivers say that the road has doubled the number of trips they make to Kandahar city each day.

The new road has also helped bring the community together. Totiya, 40, a social worker and Mandisar resident, says that, previously, social workers were unable to visit homes to provide health information to women. Moreover, her 14-year-old son did not attend school because the road was often impassible. “Now, my son can travel to school and it is also much easier for us to visit women and give them health information,” she says. “Before the graveled road was built, people were not feeling part of the community. The road has made us united.”