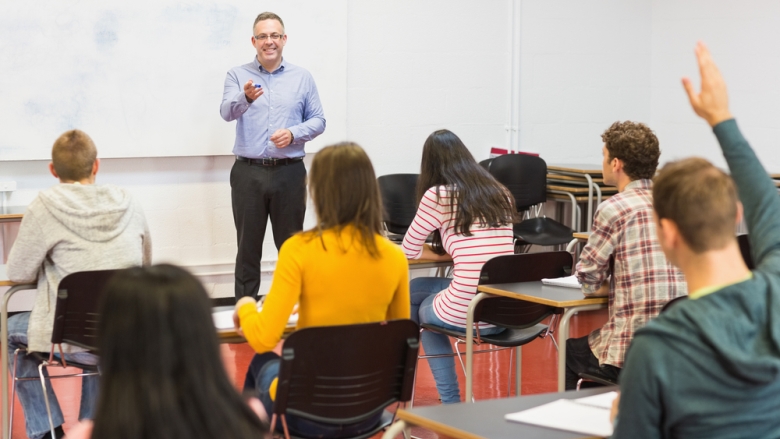 Countries in Central Europe can prepare better for the effects of demographic change and population aging by making their education systems more inclusive and better equipping students with essential cognitive skills.

In a series of four reports World Bank researchers analyzed data from the Program for International Student Assessment (PISA) for Bulgaria, Hungary, Poland and Slovak Republic to examine the performance of 15 year-olds in reading, mathematics and science and its variation between students from different socio-economic groups.

The analysis suggests that there is reason for concern.

First, significant numbers of young people in countries of Central Europe, and across the European Union (EU) as a whole, today risk graduating from secondary education without minimum literacy and numeracy skills. For example, more than a third of Bulgarian, Cypriot, Romanian and Greek 15 year-olds and more than a quarter of their peers in Croatia, Hungary, Slovak Republic, Sweden, Lithuania, Portugal and Italy perform below level 2 in the PISA mathematics assessment. The results are similar for reading literacy.

Second, the World Bank research demonstrates that poor performance in PISA is often strongly concentrated among students from poor socio-economic background and in certain types of schools. In Hungary mean PISA scores are close to the OECD averages, but the average score gap between students from the top and bottom socio-economic quintiles is the equivalent of more than three years of schooling (as opposed to the OECD average of two years of schooling).

Moreover, the analysis shows that 15 year-olds from socio-economically disadvantaged background Bulgaria, Hungary and Slovakia are disproportionately attending vocational schools where quality is significantly below general secondary schools. These three countries are selecting students between vocational and general education tracks at an earlier age than many of their neighbors.

Bulgaria, Hungary and the Slovak Republic can improve the cognitive skills of their future labor force by making their education systems more equitable and raising the quality of schooling available to socio-economically disadvantaged children.

In searching for good examples for policy reforms Bulgaria, Hungary and the Slovak Republic need not look further than to Poland where mean PISA scores improved significantly since 2000 and across the socio-economic distribution. IN the last PISA round in 2012 Poland was among the EU’s top performers.

Poland adopted a comprehensive set of reforms which included delayed selection of students into general and vocational education tracks, the introduction of standardized examinations, significant transfer of responsibilities from the central to the local governments, a reformed curriculum and greater autonomy for teachers.

Improving cognitive skills for students from poorer and richer backgrounds alike is not just a social but also an economic imperative for the countries of Central Europe which stand out within the EU with populations that are aging and shrinking faster than their neighbors.

Bulgaria has seen its population shrink by more than 15 percent since 1990, Romania and Hungary by more than 5 percent. United Nations population projections show that this trend is expected to continue and even accelerate. Shrinking labor forces put economic growth at risk and contribute to fiscal pressures.

A recent World Bank report argues that countries in Central Europe can respond to these challenges, among other measures, by investing in children and youth to ensure that they are well skilled so that more people are in work and can work for longer.