Songdo, June 5, 2015 - Korea and the World Bank Group celebrated 60 years of strong partnership in the first week of June that attracted more than 300 people from public and private sectors and international development agencies.

The event, “Korea Week 2015 – Retrospect and Prospect,” explored Korea’s rise as a global leader in economic and social development, its unique donor role and the wide range of its partnerships and programs with the WBG, covering areas such as financial sector management, information and communications technology, public-private partnerships, and assistance to fragile and conflict-affected states.

“As we start a new 60-year circle with Korea, I hope that this week’s discussions will lead to new partnerships that will support the World Bank Group’s twin goals of ending extreme poverty within a generation and boosting shared prosperity,” President Jim Yong Kim said in his congratulatory video message.

Going forward, Vice Minister of the Ministry of Strategy and Finance of Korea Hyung-whan Joo suggested that a new Korea-World Bank cooperation model should consider actively engaging Korea’s private sector and semi-official development institutions in joint projects. “We need to fully maximize their capacity and resources through, for example, co-financing and joint infrastructure project development,” he said.

Korea is often hailed as a development miracle. Despite the lack of natural resources, years of occupation, and a devastating war, it became the world’s 13th largest economy in 2014. Its nominal gross domestic product increased 21 times from $68 billion in 1980 to $1.4 trillion in 2014.

Its relationship with the World Bank reflects that incredible economic and social progress. When it first joined the International Bank for Reconstruction and Development in 1955, Korea was one of the poorest countries in the world. The Bank began its operations in Korea in 1962 and approved a $17 million credit from IDA, the Bank’s fund for the poorest, to expand and improve the Korean National Railroad. By 1973, Korea’s economy had progressed sufficiently to require no further IDA assistance. The World Bank then supported Korea through low-interest loans, policy advice, technical assistance, and training.

In total, the World Bank completed 133 IDA credit and IBRD loan projects in Korea, disbursing funds totaling $15 billion. The late 1990s also witnessed the beginning of new Korea partnerships with the WBG’s International Finance Corporation and Multilateral Investment Guarantee Agency. Through the New Millennium, Korea increasingly became an important contributor to IDA, and a key donor and partner with WBG programs and projects.

“Korea’s partnership with the World Bank Group has evolved from one of recipient to one of aid donor and knowledge partner,” said World Bank East Asia and Pacific Vice President Axel van Trotsenburg, who gave the opening remarks. “Korea’s credibility and track record in development, coupled with our global knowledge and worldwide presence, should allow us to together make a significant impact in addressing global development challenges and in supporting development at the country level.”

Today, Korea’s membership in IDA and financial partnerships with the WBG have helped Korea share its unique development experience with other countries and support development projects in low-income countries. It supported technical assistance programs within WBG, on which the institution is working with about 50 Korean institutions and partners.

The global knowledge and presence of the WBG, combined with the local know-how and networks, has developed into a robust and solid platform for knowledge exchange. The WBG opened its Korea office in 2013 in Songdo, aimed to broaden engagement with Korea, van Trotsenburg said.

He discussed lessons learned from Korea’s development experiences. First, economic growth brought prosperity shared across the nation, including low-income and rural households. The income of rural households became on par with those of urban households in the early 1980s, partly because of the successful land reform in the post-war period.

Korea’s long term development vision also provided a predictable policy framework and guided the implementation of reforms to support competitive industries and a strong export-oriented economy. This helped Korea charter the economy’s course and transition from a light manufacturing to heavy industries and high-tech industries.

“What the Korean example shows us is the importance of national leadership and national ownership,” said Betty Bigombe, senior director of Fragility, Conflict and Violence at the WBG. “We external partners can help. But to be successful, ownership has to belong to the people and to the country. This is especially true in the context where the conflicts and social tensions are ripe. ”

The Korean trust fund for economic and peace building transition, for example, allows external partners to be more responsive, Bigombe said at a session during Korea Week. It is supporting peace processes and piloting new approaches to address subnational challenges in the Philippines, Indonesia, Myanmar, and in Thailand. The fund is also piloting the use of new technologies to help address some difficult social issues. 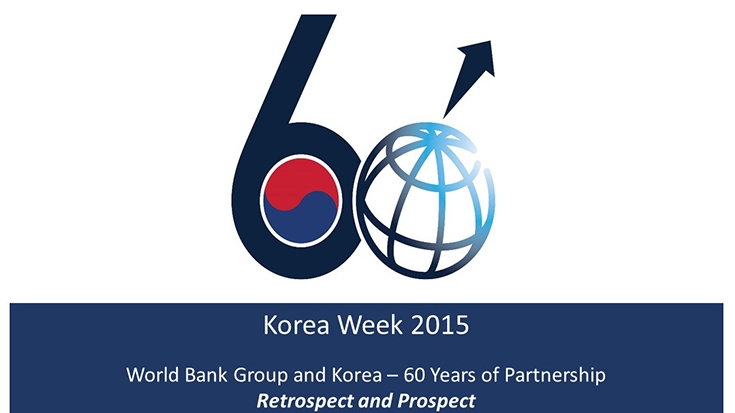 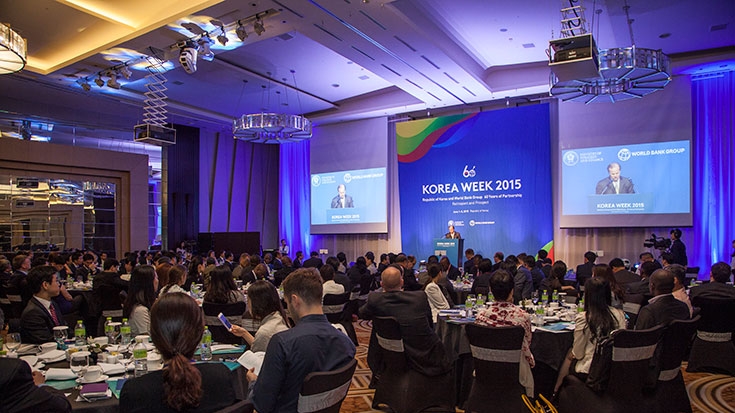