Where Does the World Stand in Reaching Sustainable Energy Objectives? 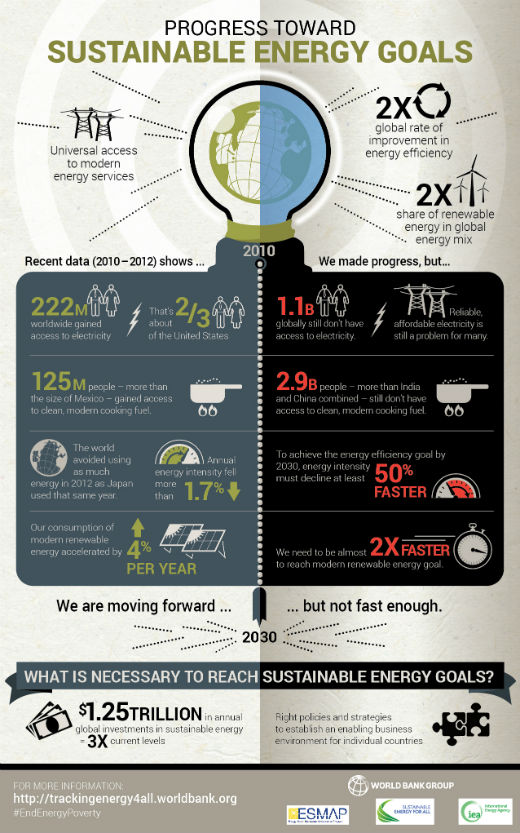 The world is on the right track to make sustainable energy a reality for everyone by 2030, but that can only happen if countries dramatically accelerate their efforts and have access to the latest technology and additional investments, according to a report launched today.

“Progress Toward Sustainable Energy: Global Tracking Framework 2015” gives a snapshot of how far the world has come in achieving universal access to modern energy, doubling the global rate of improvement in energy efficiency and doubling the share of renewable energy in the global energy mix and shows how much work remains to reach these objectives.

So what happened to global access to electricity between 2010 and 2012?

There have been notable advances in electrification—driven primarily by India— but progress in Africa remains far too slow.

The world needs to triple energy investments to about $1.25 trillion annually to achieve the Sustainable Energy for All (SE4All) goals by 2030. Watch the video to learn how countries are doing on energy access, energy efficiency and renewable energy.

Progress in reducing global primary energy intensity was substantial, though still only two-thirds of the pace needed to reach the Sustainable Energy For All (SE4All) objective.

Global renewable energy consumption between 2010 and 2012:

The growth of renewable energy final consumption continued to accelerate, but the rate of progress will need to increase over 50 percent to achieve the SE4All objective.

There are substantial gaps, but the good news is that they can be closed if the right steps are taken: 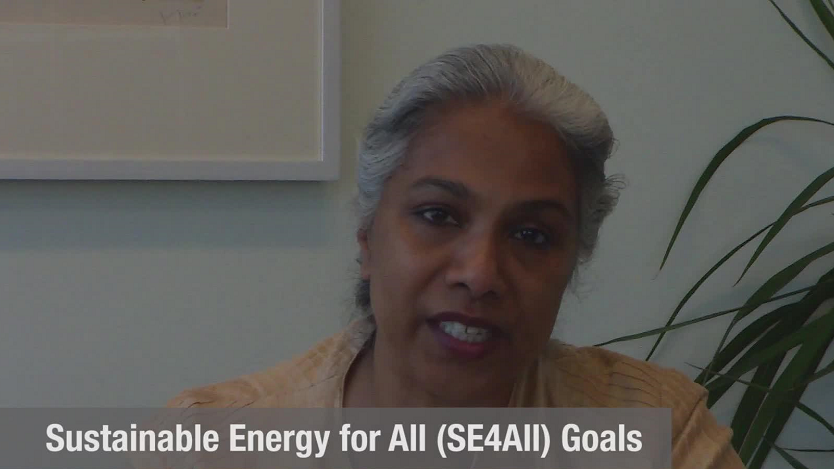