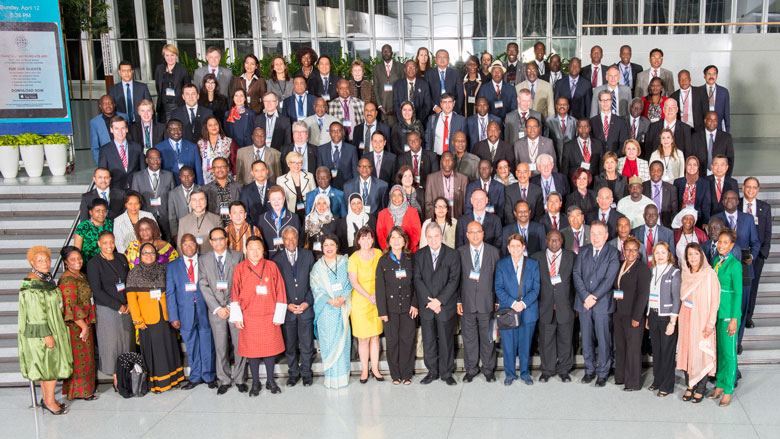 As elected representative of the people, legislators are set to play a key role in translating global development goals into actionable policies on the ground, added President Jim Yong Kim.

“Parliaments are organs of popular power. It is an internal responsibility for each country to involve its parliament in World Bank and IMF programmes and policies” declaratively stated Yunus Carrim, Parliamentarian from South Africa and Chairperson of the Standing Committee on Finance.

The two-day conference also aimed to push for legislation and reform in the parliamentarians’ respective countries. It highlighted the role of Parliamentarians in improving key areas of domestic development and looked at how international development partners such as the World Bank and IMF can support them in this task.

Set against the backdrop of the evaluation of the Millennium Development Goals, this year’s edition focused on the post-2015 development agenda and included sessions on financing for development, improving health systems, gender equality, unemployment, environmental sustainability and good governance.

After offering an overview of the global economic outlook, Madame Lagarde called for political will in the removal of socially regressive fuel subsidies, which would both positively impact the budget and climate change within the context of low oil prices.

" We are the first generation which can end extreme poverty in our lifetime. But we cannot get there without parliamentarians. "

Achieving that goal will require jumpstarting economic growth, investing in education and human capital and woman, and insuring the most destitute through social safety nets. They both encouraged parliamentarians to tap into the potential of women in boosting national GDP.

The 2015 Global Parliamentary Conference was a major contribution to recognizing, prioritizing and achieving the Sustainable Development Goals.