Seafood is among the most globalized food commodities on the planet. Approximately half of the world’s exclusive economic zones are subject to foreign fishing arrangements that encourage international trade not only in fish but also in fishing services.

Globally, valuable fish resources are limited and, in many places, declining. Coastal island states rely heavily on healthy fish stocks for more than food and nutrition; over 300 million jobs and livelihoods rely on fisheries, many in developing countries. Better international arrangements can allow developing countries to derive greater economic benefits from these limited resources while protecting the health of the ocean.

"The impact of globalization in the fishing sector has come firmly to the forefront," says Árni Mathiesen, Food and Agriculture Organization (FAO) of the United Nations Assistant Director-General for Fisheries and Aquaculture. “There is one issue which clearly has not received the attention it deserves from an analytical perspective, and that is the issue of fishing services.”

While many recent reports have explored the commodities of the fishing industry, namely seafood, there is still little clarity on the impacts and distribution of benefits from fishing services such as monitoring, control, surveillance, harvesting, processing and shipping of seafood.

Using case studies from around the world, this report provides new insights on how international arrangements for foreign fishing services can increase the economic, social and environmental benefits for developing-country coastal states.

“Fisheries access arrangements have often been demonized as a license for the fleets of developed nations to 'rip off' fisheries resources of the world’s poorer countries,” says James Movick, Director-General of the Pacific Islands Forum Fisheries Agency (FFA). “This report illustrates how foreign arrangements can, under the right circumstances, benefit all parties.”

The report looks at case studies that illustrate governance lessons and recommendations to assure that fish resources deliver their full contribution to economic growth. Foreign arrangements can offer better technologies for fishing and processing while opening up new and more profitable markets for fish products.

In the Western Pacific, regional cooperation between neighboring coastal states has allowed greater returns to all countries involved in the tuna fishery. By defining access rights and putting into place uniform and cooperative surveillance and management systems, these small-island developing states have gained more control over their tuna resources. Furthermore, competitive arrangements for distant water nations involved in tuna fishing services significantly increased the flow of benefits to domestic development.

"All of our efforts are underpinned by a strong commitment to sustainable resource management," said Movick. "Some indicators of recent success include a near doubling in the value of tuna catch from FFA waters between 2007 and 2013 and a quadrupling of access fees in that period. There has been a 50% increase in employment of Pacific Islanders in the tuna fishery from 12,000 to 18,000 jobs over the same period.”

The report distills the lessons learned from case studies into nine key recommendations to improve foreign access arrangements. Among them, the report emphasizes the importance of effective governance and access rights for all fisheries within a country’s exclusive economic zone.

“The case studies provide critical practical caveats and important governance lessons,” says Tim Bostock, World Bank Senior Fisheries and Oceans Specialist. “As sovereign resource owners, governments of coastal developing countries are ultimately accountable to their populations for the productive use of natural resources, enabling their contribution to economies, welfare and shared prosperity. Without doubt, foreign fishing arrangements as a form of free trade in fishing services could make important contributions to this objective.”

The report strongly recommends that all domestic participants in the sector, especially small-scale fishers, must be involved in decision making not only on policies aimed at secure and enforceable tenure and use rights, but also in regard to future foreign fishing.

These conclusions reinforce the recommendations of the Blue Ribbon Panel in their report Indispensable Ocean: Aligning Ocean Health and Human Well-Being. The panel of experts and leaders from around the world and across sectors advised that investments must equitably respond to needs of all users of ocean resources and also sustainable use of the environment. Trade in Fishing Services provides further guidance on policies and practices that align ocean health and human well-being.

The report reveals significant legal ramifications. Coming into force some 31 years ago, the United Nations Convention on the Law of the Sea (UNCLOS) has generally been interpreted to suggest that coastal states are obliged to make available their ‘surplus’ fish stocks to exploitation by other states. The report reveals that, in fact, coastal states have no obligation to do so and need only engage in foreign access arrangements should it be in their economic interest to do so. The report queries the extent to which this fact has been misinterpreted in the past; it also queries the extent to which some developing coastal states may have entered into foreign access arrangements on the assumption that they were obliged to do so under this  Convention.

This report should help inform coastal states of their rights under international law so they may allocate fish resources and services with economically and socially beneficial strategies.

With better and more transparent arrangements, there is an optimistic vision for the future of fish stock, human well-being and international cooperation. 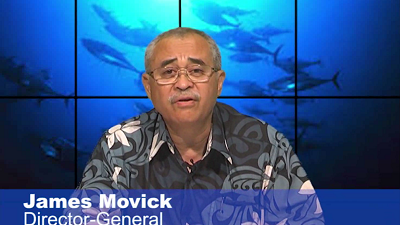