The World Bank Group (WBG) organized a series of consultations (November 2013- February 2014) to seek views on its proposed Country Program Strategy (CPS) for Georgia for 2014-2017.

The CPS will serve as the Bank’s roadmap for engagement in the country over the next several years. It also aims to support Georgia’s development agenda of faster, sustainable and more inclusive growth, as outlined in the government’s Socioeconomic Development Strategy - 2020. The CPS identifies key areas where the WBG's assistance can have the greatest impact on poverty reduction and boosting prosperity. The consultations were held with representatives of civil society, including a separate meeting with think-tanks, private sector, donor organizations and government officials at all levels.

These meetings provide a platform for the WBG to tap into the experience and opinion of a broad range of stakeholders, and to hear their ideas on how the Bank can help Georgia meet its development challenges.

" The development agenda requires effective delivery and focus on results. " 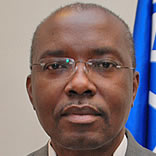 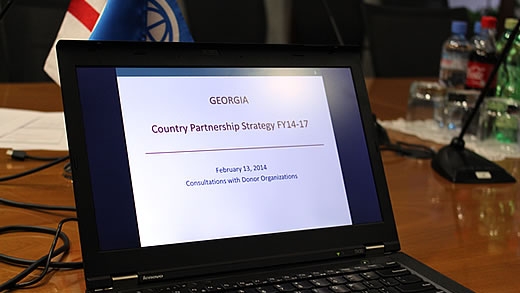 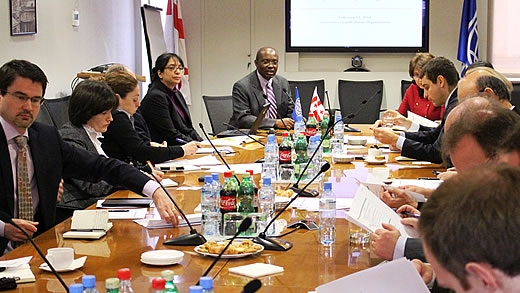 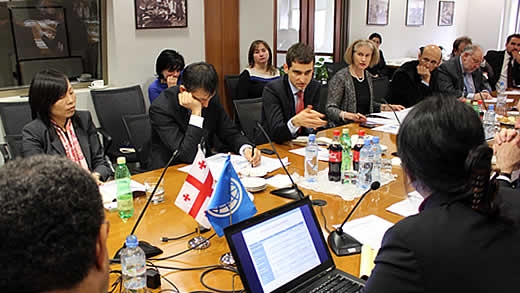 The meeting with donor representatives turned into an engaging discussion on a variety of issues of mutual interest and concern. Dandan Chen, Sector Leader for Human Development, is shown speaking at the discussion. 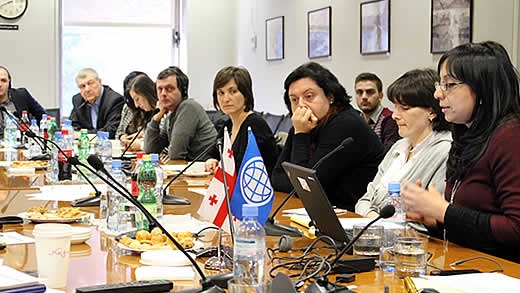 Civil society was well represented as always before when discussing partnership strategies of the Bank in Georgia. Consultations provide a platform for the WBG to tap into the experience and knowledge of a range of stakeholders, and listen to their ideas about how the Bank can work with them to help Georgia meet its development challenges. 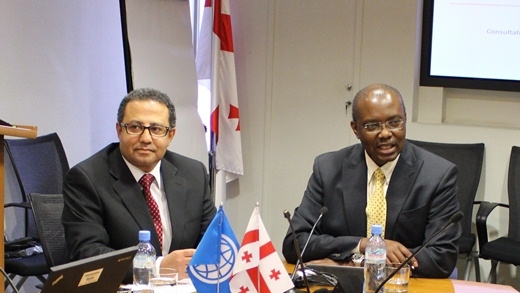 All Sector Leaders participated in the consultation meetings. Ahmed Eiweida, Social Development Sector Leader in the South Caucasus together with Henry Kerali during the meeting with donors. 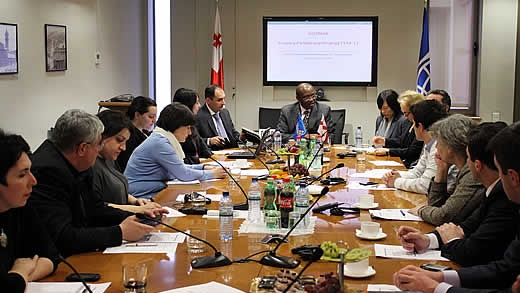 The CPS aims to support Georgia’s development agenda of faster, sustainable and more inclusive growth as outlined in the government’s Socioeconomic Development Strategy 2020. 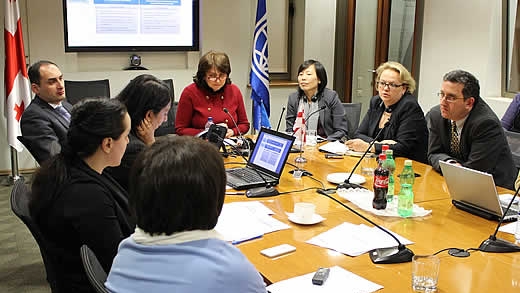 The CPS identifies key areas where the World Bank's assistance can have the greatest impact on poverty reduction. Intensive consultation meetings with vovernment officials helped to identify outstanding issues in both the government's socio-economic development strategy and the Bank's CPS. 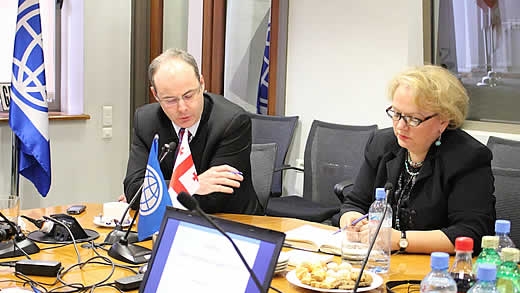 Thomas Lubeck, Regional Manager of the International Finance Corporation and Angela Prigozhina, World Bank Private and Financial Development Sector Leader are shown answering questions from the audience at one of the meetings. 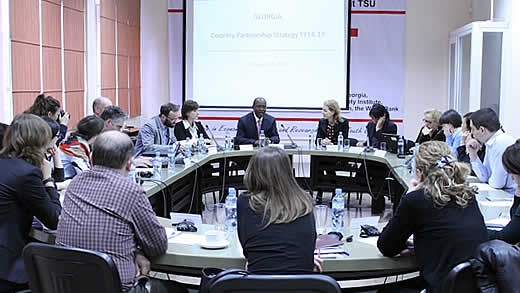 A consultation meeting with think-tanks took place at the World Bank’s Public Information Center located at the International School of Economics (ISET) at the Tbilisi State University. 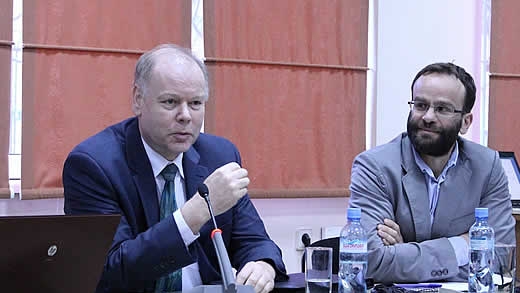 During his first visit to Georgia, World Bank Chief Economist for Europe and Central Asia Hans Timmer participated in the consultation with think-tanks at ISET chaired by its director, Eric Livny. 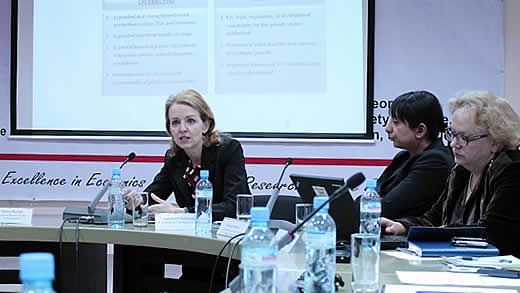 Eavan O’Halloran, Country Program Coordinator for Georgia, is shown presenting the draft strategy together with Rashmi Shankar, Lead Economist for the South Caucasus.

The Bank team emphasized that the next phase of support would see an enhanced focus on ensuring quality of implementation on the ground. 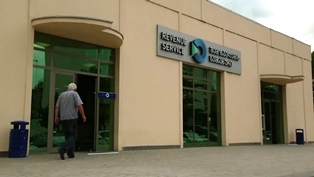 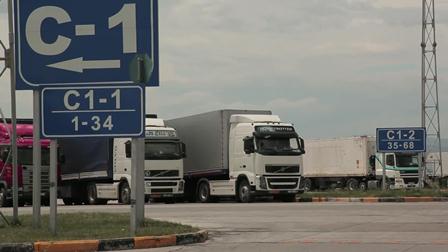