U.N. Climate Talks: Keeping Our Eyes on the Ball

We know climate change is happening – and fast. So when governments gather in Warsaw this week and next for another round of international climate negotiations, it’s down to politics and finance to keep global temperatures from rising further.

Will they manage to stave off a crisis in the making?

At the current rate, the world is headed toward a 2 degree Celsius rise in temperatures within a few decades, and a 4 degree increase over pre-industrial averages by 2100. Science is clear on what this means: Coastal areas will face major flooding, water for hydropower and farming will become scarcer, food shortages will spread, and storms likely become more violent.

While climate change affects us all, we know poor and vulnerable nations and communities are least able to cope in such a world.

The Bank is not a direct party to the climate talks, officially the 19th Session of the Conference of the Parties to the United Nations Framework Convention on Climate Change (COP19). As a major development organization, however, it plays a critical role in many of the related finance programs that support transformative climate action.

They include the $7.6 billion Climate Investment Funds, designed to scale up low-carbon and climate-resilience development, and 15 carbon finance initiatives of which the Bank is a trustee. The Bank also provides financial support and climate expertise to many of the developing countries that will be at the negotiating table in Warsaw.

How to ramp up funding needed to develop low-carbon energy solutions and infrastructure and to help countries adapt to climate change is a priority for the World Bank Group in Warsaw.

The international community agreed in Copenhagen in 2009 to raise $100 billion annually by 2020 to fight climate change – in addition to the $30 billion they pledged to raise through 2012 in “fast-start” financing for the developing world. It’s uncertain whether rich nations will be able to meet the 2020 goal, much less be able bridge the estimated $700 million gap in green infrastructure investment in developing countries that is needed to meet the climate challenge.

“Getting finance flowing toward low-carbon investments and working where it matters most are key to effective climate action,” said Rachel Kyte, the World Bank’s vice president of sustainable development. “It’s also absolutely critical that we see progress on climate finance in Warsaw.”

Climate change increases the costs of development in the poorest countries by between 25 and 30 percent. To adapt to a world that is 2 degrees Celsius warmer, developing countries will need as much as $100 billion per year over the next 40 years, in addition to $140 billion to $175 billion for emission reduction projects by 2030.

Only a coordinated effort by development banks, financial institutions, export credit agencies, public financing and institutional investors will get the job done.

" We are in Warsaw because failure to take action on climate change threatens to roll back decades of development and put shared prosperity out of reach for millions. We can’t simply afford to wait and hope for solutions to magically appear. "

Time to get serious about emissions

A push to boost resilience against climate change must be coupled with effective steps to reduce greenhouse gas emissions. Such efforts should include steps to cut short-lived climate pollutants and to remove harmful fossil fuel subsidies that distort the cost of clean-energy solutions.

Still, much more must be done.

While COP19 is not expected to deliver groundbreaking agreements, but rather keep the momentum going for a new global agreement in 2015, Kyte plans to argue – and argue again – for bold action.

“We are in Warsaw because failure to take action on climate change threatens to roll back decades of development and put shared prosperity out of reach for millions,” she said. “We can’t simply afford to wait and hope for solutions to magically appear.” 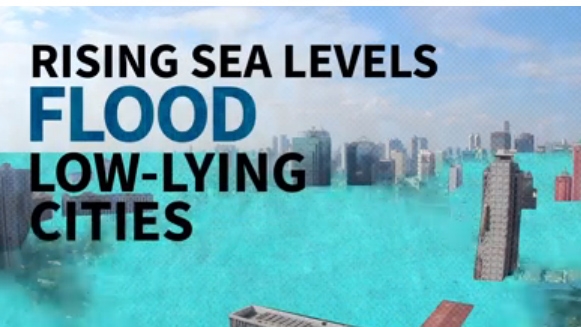