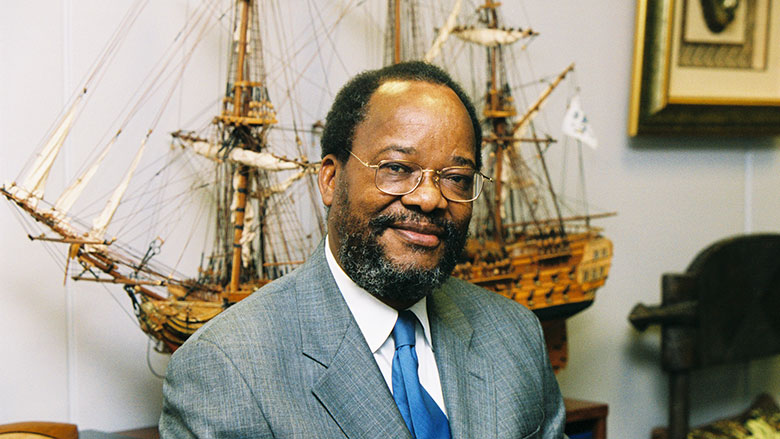 3:00pm : Welcome by Master of Ceremonies

3:05pm : Memorial video of Prof. Callisto Madavo “In His Own Words”

In lieu of flowers, the Madavo family would welcome donations to promote one of his passions, girls’ education in Africa via the Dunstan Wai Memorial Foundation (DWMF) an existing charity which is dedicated to that mission. Checks payable to DWMF should be sent to Victoria Jaycox, 3845 Macomb St NW, Washington DC 20016 or dropped into the designated box at the event. For further information or questions please contact Kim Jaycox, Chair of the Board of DWMF at evkjaycox@gmail.com. For information on DWMF visit www.dunstanwaifoundation.org

On Thursday, January 12, 2017, our dear friend and former colleague Prof. Callisto Madavo passed away in Ballito, South Africa. Callisto worked at the World Bank for 35 years, distinguishing himself as an intellectual with a deep passion for Africa and its people. During his tenure, he became the first African to serve as an operational Vice President, was instrumental in shaping and supporting the World Bank's vision for Africa's development, and championed critical World Bank initiatives such as its early HIV/AIDs program. He was the Vice President of the Africa Region from 1996 – 2004.

To remember Callisto and celebrate his life, we will have a gathering on Friday February 3, 2017 in the World Bank in Washington DC from 3.00pm to 6.00pm, including a reception.

As many of us have thoughts and memories of Callisto to share, we have set up an online Memorial Page for posting messages and other remembrances, and photos.

The memorial page will be up for two weeks, after which we will copy all the contents and present it to his beloved wife of 37 years, Kathleen Madavo of Potomac, Maryland; and devoted daughters, Sara Madavo Jean-Jacques (Michael Jean-Jacques) of New York, New York, and Emily Madavo, of Washington, DC.

We hope you can join us in celebrating the life of this great son of Africa and an inspirational leader for our generation.