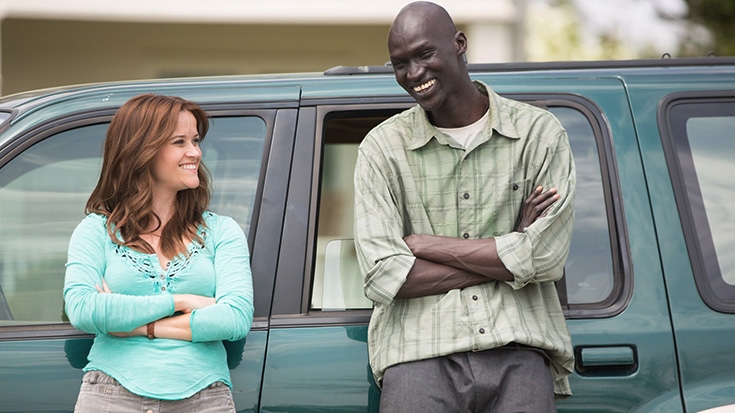 Based on real-life events, the “The Good Lie” is the feature adaptation of the story of the “Lost Boys” or “Lost Girls,” of Sudan. The film stars Academy Award winner, Reese Witherspooon, alongside Sudanese actors Arnold Oceng, Emmanuel Jal, Ger Duany and Kuoth Wiel who portray a tight-knit group of Sudanese orphans.

After their village is destroyed and their parents killed by Northern militia, Theo, his siblings, and other orphaned children make a difficult journey to a refugee camp in Kenya, with little more than the clothing on their backs. Thirteen years later, the group gets the chance to settle in the U.S.

They are met in Kansas by Carrie Davis (Reese Witherspoon), a brash Midwestern employment agent with no real understanding of life outside her city. Carrie is drawn to help the group rebuild their lives, and together they rediscover joy and learn the real meaning of life.

A question and answer session with Hollywood movie star and former child soldier, Ger Duany, and other special guests will follow the screening.