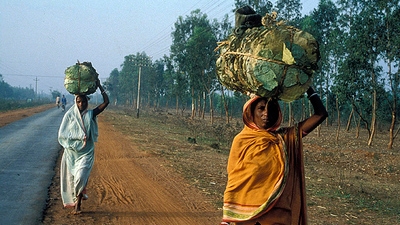 How Property Rights Can Reduce the Risk of Gender-Based Violence: Evidence from India
March 25, 2014Washington, D.C.
Gender-based violence is both pervasive and costly to development. It is a key theme in the upcoming global report on Women's Voice, Agency and Participation, an upcoming South Asia regional report, and is being increasingly addressed in World Bank operations.

This seminar investigates the empirical evidence between gender-based violence and property ownership, which shows that where women own immovable property, their risk of domestic violence is reduced. Property ownership provides economic and physical security, boosts self-esteem and provides women with exit options in an abusive relationship. The policy implications of these findings will be explored and discussed.

Bina Agarwal is Professor of Development Economics and Environment, University of Manchester. Earlier she was Director of the Institute of Economic Growth, Delhi University. She is also President of the International Society for Ecological Economics and a member of the Future Earth Science committee. Educated at Cambridge (UK) and Delhi, she has held distinguished positions at many universities, including Harvard, Princeton, NYU and Minnesota. Her nine books and over 75 professional papers on land and livelihoods, gender, environmental change, poverty and inequality, and food security, includ the multiple award-winning book: A Field of One's Own: Gender and Land Rights in South Asia (Cambridge University Press, 1994) and Gender and Green Governance (Oxford: Oxford University Press, Pb 2013). In 2008 she was awarded the Padmi Sri from the President of India and in 2010 the Leontief Prize from Tufts University for advancing the frontiers of economic thought.

Vijayendra Rao is a Lead Economist in the Development Research Group of the World Bank. He integrates his training in economics with theories and methods from anthropology, sociology and political science to study the social, cultural and political context of extreme poverty in developing countries. Dr. Rao has published on a variety of subjects that include dowries and domestic violence in India, the economics of celebrations, sex work in Calcutta, participatory development, village democracy and deliberation, and inter-disciplinary approaches to public policy. He co-edited Culture and Public Action, and History, Historians and Devlopment Policy, and co-authored the 2006 World Development Report on Equity and Development. Most recently, with Ghazala Mansuri, he co-authored the World Bank's Policy Research Report on Localizing Development: Does Participation Work? Dr. Rao obtained a BA from St. Xavier's College-Bombay (now Mumbai), a PhD from the University of Pennsylvania, was a post-doctoral fellow at the Economics Research Center and the Committee on Southern Asian Studies at the University of Chicago, and taught at the University of Michigan and Williams College before joining the World Bank's Research Department in 1999. He serves on the editorial boards of several journals, and is a member of the Successful Societies Program at the Canadian Institute for Advanced Resarch (CIFAR).

Lucia Hanmer is a Lead Economist in the Gender and Development Unit at the World Bank. Previously she was a senior economic advisor for the Economic Empowerment Section at UN Women and a senior economic advisor in the Chief Economists Office at the UK's Department for International Development. She has also been the Country Representative for the World Bank in Guyana. Before moving into development policy she was a researcher at the UK's Overseas Development Institute and taught economics at the Institute of Social Studies in The Hague. She has worked on growth diagnostics, poverty reduction strategies and the PRSP approach, inequality and attaining the MDGs, and gender and development. Much of her work has been in sub-Saharan Africa. She has a Ph.D in Economics from the University of Cambridge.