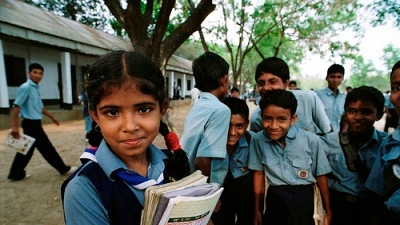 Engaging Men and Boys in Advancing Women's Agency
March 20, 2014Washington, D.C.
Despite advances in gender equality, women and girls still face disadvantages and limits on their agency: the ability to make choices and act on those choices.

Both women and men are subject to social norms that influence their behavior--such norms can constrain women's agency and can encourage men to adopt certain behaviors, including violence. Men and boys can be key stakeholders in the process of increasing women's agency: This is the topic explored in Paul Fleming's background paper for the forthcoming report on Women's Voice, Agency and Participation.

Paul Fleming is a researcher at the Carolina Population Center at the University of North Carolina in Chapel Hill. His research focuses on the intersection between masculinity and men's health, notably on sexual and violent behavior. His current research projects are centered on developing new approaches to measuring dimensions of gender norms and examining the role of masculine gender role strain in shaping men's behaviors. He has previously worked on HIV prevention research at FHI 360 and engaging men and boys in public health programming at CARE and the U.S. Peace Corps,

Lucia Hanmer is a Lead Economist in the Gender and Development Unit at the World Bank. Previously she was a senior economic advisor for the Economic Empowerment Section at UN Women and a senior economic advisor in the Chief Economists Office at the UK's Department for International Development. She has also been the Country Representative for the World Bank in Guyana. Before moving into development policy she was a researcher at the UK's Overseas Development Institute and taught economics at the Institute of Social Studies in The Hague. She has worked on growth diagnostics, poverty reduction strategies and the PRSP approach, inequality and attaining the MDGs, and gender and development. Much of her work has been in sub-Saharan Africa. She has a Ph.D in Economics from the University of Cambridge.

Sara Gustafsson is an Advisor in the Nordic-Baltic Executive Director's Office at the World Bank, focusing on gender and the Africa region. She is a lawyer specializing in human rights and development, including human rights-based approaches to development and human rights and development in conflict and fragile situations. She previously worked as Senior Program Officer at the Nordic Trust Fund Secretariat of the World Bank. She was Country Manager for Development Cooperation at the Swedish Embassy in Kabul, Afghanistan. She has also worked for the Swedish International Development Cooperation Agency in Kenya and Laos.

Ruti Levtov, PhD, is a Program Officer at Promundo-US and the Co-Coordinator of the Global MenCare Campaign. The MenCare Campaign is working in more than 25 countries to promote men's involvement as equitable, non-violent fathers and caregivers in order to achieve family well-being and gender equality. She previously worked with the Johns Hopkins Bloomberg School of Public Health and the Maternal & Child Health Policy Research Center, and she was a research fellow at the Tata Institute for Social Sciences in Mumbai. She received her PhD in Public Health from the University of Michigan.