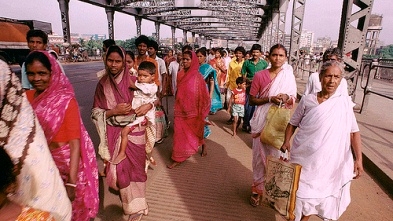 CSW58: Implementing the MDGs for Women and Girls
March 10-21, 2014New York, N.Y.
The 58th session of the Commission on the Status of Women, the principal global intergovernmental body exclusively dedicated to the promotion of gender equality and the empowerment of women, will take place at United Nations Headquarters.

The World Bank Group will be hosting and participating in a series of meetings and events at CSW58:

Addressing the Multidimensional Challenges Faced by Women and Girls in Sub-Saharan Africa: Regional Initiatives That Focus on Demographics in the Sahel and Gender-Based Violence in the Great Lakes
UN Delegates Dining Room, 4th floor, UNHQ
Hosted by the WBG and UNFPA
Contact: csw@unfpa.org

This panel discussion of challenges in the Great Lakes region for women and girls will be moderated by Jeni Klugman, Director for Gender & Development at the World Bank Group , with H.E. Antonin Dossu, Minister for the Evaluation of Public Policies and Denationalization Programs of Benin; H.E. Ms. Maikibi Kadidiatou Dandobi, Minister of Population, Promotion of Women, and Protection of Children of Niger; H.E. Ms. Genevieve Inagosi, Minister of Gender of the Democratic Republic of Congo; Dr. Babatunder Osotimehin, Executive Director of UNFPA; and Ms. Trina Haque, Manager, West & Central Asia for the World Bank Group.

The Role of Men and Boys in Contributing to the Achievement of Gender Equality Goals and Female Empowerment
Conference Room D (Conference Building)
Hosted by the Government of Sweden
Contact: ulrika.ajemark.asland@gov.se

Welcome remarks by Maria Arnholm, Minister for Gender Equality, Sweden, will be followed by a panel including Hakima Abbas, Head of Program, the Association for Women in Development (AWID); Jeni Klugman, Director for Gender & Development at the World Bank Group; Abhijit Das, Director of the Centre for Health and Social Justice in India, Men Engage Alliance; Maria Andersson, Secretary-General for the Swedish Association for Sexuality Education; and Carolina Wennerholm of SIDA as moderator.

Heads of UN Agencies on Accelerating Progress on the MDGs for Women and Girls and Realizing Women's and Girls' Rights in the Post-2015 Development Agenda
Conference Room 1, Conference Building, UNHQ

This panel will encourage collaboration between international Business and Professional Women’s organizations and leaders in the private and public sectors by highlighting entities and individuals with gender impact. The panel will include Dr. Jackie Blue, Commissioner of Human Rights-New Zealand; Ms. Julianna Richter, COO of Edelman US; and Jeni Klugman, Director for Gender & Development at the World Bank Group.

This panel will focus on violence against women and girls (VAWG) as a central barrier to achieving development objectives, underscoring its links to persistent gender inequalities. Panelists will discuss what works to prevent VAWG, drawing on findings from a systematic review of prevention programs from around the globe. The discussion will also present recently released findings regarding successful interventions targeting gender norms and attitudes as well as key evidence gaps that need to be filled. Moderated by Australia’s Ambassador for Women and Girls, Natasha Stott Despoja, this panel will include Lynne Featherstone MP, Parliamentary Under-Secretary of State at the Department for International Development UK (DFID); Jeni Klugman, Director for Gender & Development at the World Bank Group; Mary Ellsberg, Founding Director of the Global Women's Institute of George Washington University; Lori Michau, Co-Founder and Co-Director of Raising Voices; and Ethel Sigimanu, Permanent Secretary, Solomon Islands Ministry of Women, Youth, Children, & Family Affairs. Event is at capacity.

Half the Sky Is Not Enough! Propelling Women Upward from MDGs to SDGs
Chapel of the Church Centre of the United Nations
Hosted by Soroptimist International, Armenian Relief Society and International Council of Jewish Women
Contact: Bette Levy bslmjb@aol.com

The panel will highlight global initiatives launched during the MDGs and aimed at advancing women and girls upward through the post-2015 development period. Moderated by Cindy Dyer, Vice President of Human Rights at Vital Voices, the panel will comprise Jeni Klugman, Director for Gender & Development at the World Bank Group; Katie Bethell, Managing Director of Campaigns at Change.org; and Asi Burak, President of Games for Change.

The Equal Futures Partnership: Addressing the Impact of Gender-Based Violence on Women's Economic and Political Participation
U.S. Mission to the United Nations
Hosted by the U.S. and Danish Governments and UN Women
RSVP

This event will provide an opportunity for high-level exchange among Equal Futures partners on the links between violence and women’s political and economic participation, important components to consider when identifying areas for impact, and country-led experiences in addressing GBV. Panelists include Manu Sareen Minister, Ministry of Gender Equality of Denmark; Neila Chaabane Deputy Minister, Ministry of Youth, Sports, and Women and Family Affairs of Tunisia; Jeni Klugman, Director for Gender & Development at the World Bank Group; Lakshmi Puri, Assistant Secretary-General of the United Nations and Deputy Executive Director of UN Women; and Catherine Russell, Ambassador-at-Large for Global Women’s Issues, U.S. Department of State.

Working Women: Snapshots from Around the World