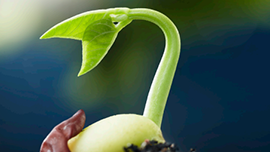 Putting a price on carbon is part of the answer to avoiding a 4°C world. Without a stable price on carbon, you can’t drive investment in clean, green growth and you don’t see the real cost of investing in carbon intensive activities. As part of this focus, the World Bank hosted the fifth Partnership Assembly Meeting of the Partnership for Market Readiness (PMR) in Washington, DC from March 11-15, 2013. Below you will find materials from the event that will keep you informed on carbon pricing, market-based mitigation mechanisms, and what developed and developing countries are doing to lower their greenhouse gas emissions.

China Gets Ready for a New Carbon Era

Wang Shu, the deputy director of China's National Development and Reform Commission, writes about the building blocks for creating an emissions trading scheme, which formed the basis for China's market readiness proposal at the recently-concluded PMR meetings. Read More

Shaping the Next Generation of Carbon Markets

In a blog in Huffington Post, Rachel Kyte, Vice President, Sustainable Network of the World Bank, writes: "when countries are aligned, motivated, and leading by doing, you get something we don't always see when discussing combating climate change -- a commitment to speed, moving to scale, and frank and candid conversation about what works, what doesn't, and why." Read More

From piloting emissions trading schemes to building a greenhouse gas registry system, members of the Partnership for Market Readiness met in March, 2013 to discuss innovative approaches to greenhouse gas mitigation that will sow the seeds for the carbon markets of the future. English | Español | 中文

Faced with the growing scientific evidence on the dangers of climate change, over 30 countries met in Washington, DC on March 13, 2013 in an attempt to breathe new life into the world’s struggling carbon markets. Read More

How Important is the Partnership for Market Readiness?

In the sidelines of the fifth Partnership Assembly Meeting of the PMR, some of the participants talk about the role of the PMR in facilitating innovative market-based mechanisms in carbon pricing. Watch

Can Carbon Taxes be Effective?

In a blog post, Muthukumara Mani, a senior environmental economist in the south Asia region of the World Bank, writes, "over the years, pricing carbon or carbon taxes and carbon trading schemes have been accepted as potentially cost-effective means of reducing greenhouse gas emissions." Read More

Read more about the fifth meeting of the Partnership for Market Readiness Assembly. This booklet describes what countries are doing around the world to put a price on carbon, introduce carbon taxes or domestic emissions trading markets to mitigate climate change. Read More (pdf) | Event Information