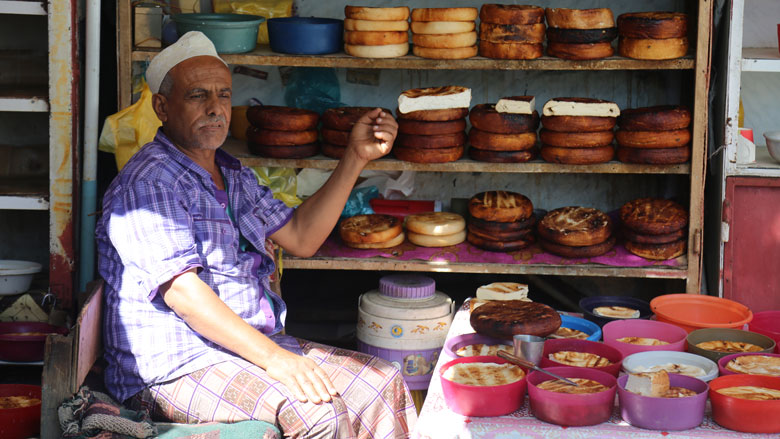 A Yemeni man sells cheese in the popular Al-Shanini market in the city of Taiz; Yemen.

The food security situation in Yemen significantly deteriorated during 2020 and has reached crisis levels. According to the latest Integrated Food Insecurity Phase Classification (IPC) released in December 2020, 16.2million Yemeni are expected to face acute food insecurity (IPC Phase 3 or above) between January and June 2021; 47,000 of these people will likely be facing catastrophic outcomes (IPC Phase 5).

The share of the population facing acute food insecurity is similar to that reported in the last IPC released in the midst of the 2018 currency crisis— arguably the closest the population has come to famine during the conflict (IPC 2018; OCHA 2019). However, many of the aggravating factors cited in the 2020 IPC have not yet resolved and are worsening, which suggests that the food security situation might become more dire in the coming year in the absence of a sustained policy response by stakeholders.

A number of strong shocks in 2020 further stressed the already vulnerable Yemeni population. These shocks include a currency crisis, intermittent blockages in fuel imports, the COVID-19 pandemic, a series of natural disasters, significant decline in humanitarian assistance. Some shocks reduced income and food access directly, while a number of the shocks increased food and fuel prices, making it harder for Yemeni’s to buy food.