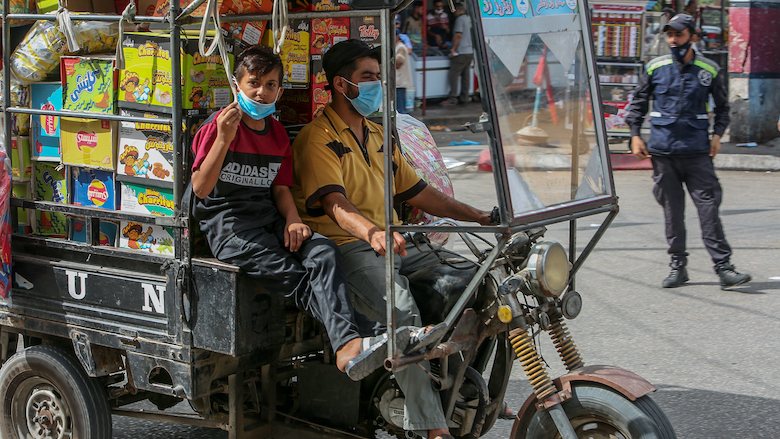 After a successful containment of COVID-19 in the spring, the second wave returned by July. Economic activity suffered during the lockdown in the second quarter and is expected only to stabilize in the second half if the current conditions prevail. The fiscal position has worsened not only due to the outbreak but also due to a political standoff that is disrupting the flow of revenues. The outlook remains precarious and subject to numerous political, security and health risks.

Following three consecutive years of economic growth below 2%, 2020 is proving to be an exceptionally difficult year as the Palestinian economy faces triple reinforcing crises: i) resurgent COVID-19 outbreak, ii) a severe economic slowdown, and iii) another political standoff between the Palestinian Authority (PA) and Government of Israel (GoI), disrupting clearance revenues.

A difficult year is already assured even with no further escalation of public health measures. While some measures to curb the movements and gatherings are still in place, the great majority of activity remains open. Assuming that the lockdowns remain limited, the severe first half contraction will likely avoid repetition, though not sufficiently to offset the losses in the first half. Consequently, GDP for 2020 is expected to contract by about 8%. The poverty rate is projected to stall around 27.5% in 2021.