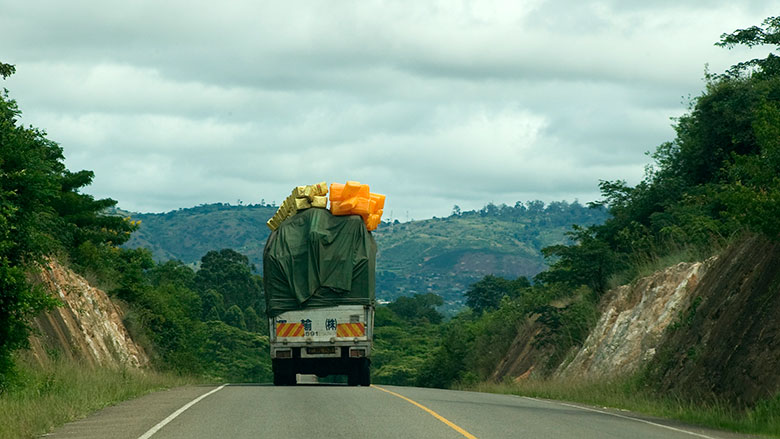 A newly constructed road in Uganda is an example of the country’s investment in building its capital stock, which is able to drive much faster economic growth while improving the quality of people’s lives.

KAMPALA, June 6, 2016 – Public investment management has the potential to help Uganda address its current constraints on growth, particularly the country’s infrastructure deficit, according to the latest economic update for the country.

The seventh edition of the Uganda Economic Update discusses Uganda’s current strategy of building its capital stock in energy and transport infrastructure, highlighting how these investments can drive faster economic growth and improve people’s lives. The update also stresses the need for improving public investment management, to facilitate delivery of public services, connect citizens and enterprises to economic opportunities, improve productivity, and create jobs for the country’s large and growing population.

“The success of the current strategy hinges on getting the anticipated dividends from these huge infrastructure investments so as to support a faster growth of incomes, and also raise the capacity of Government to invest in social services,” explained Rachel Sebudde, World Bank senior economist for Uganda and task team leader for the update.

The report notes that energy is one of the areas that would benefit from public investment. Uganda has one of the lowest electricity access rates for households in the world. About 14% nationally and 7% of homes in rural areas are connected to the grid, according to a 2012 Uganda Bureau of Statistics survey. Assuming a population of 56 million in 2030, the pace to reach universal energy access by 2030 will require an average 670,000 new connections per annum. This is a big challenge for Uganda given that the current rate of new connections to electricity is below 100,000 per year.

Consistent with the National Vision 2040 and National Development Plan (NDPII), Uganda’s fiscal policy prioritizes investments in capital development. However, the update says the returns on these investments often falls short of the expected returns.

“Uganda’s fiscal policy has not been so lucky yet as the good budget frameworks that aimed to remove key binding constraints to economic growth were under-executed, due to the way public investments are managed,” Sebudde said.

“Experience shows that projects that are poorly designed often fail to produce strong and favourable results owing to poor costing, procurement delays, and capacity gaps,” said Sebudde. “This is where Uganda needs to put emphasis.”

Uganda’s Ministry of Finance, Planning and Economic Development, has initiated institutional reforms aimed at strengthening the independent review process by establishing a new department responsible for project appraisal and public partnership. Once fully operational, this department will formulate standards and criteria for project appraisals, which will be designed to ensure that any project that is submitted for public financing meets the minimum standards.

The update recommends that the government should sustain the momentum of reforms to strengthen Public Investment Management. The focus of these reforms could include: