Tajikistan: The Economic Impacts of Disasters along Key Transport Corridors 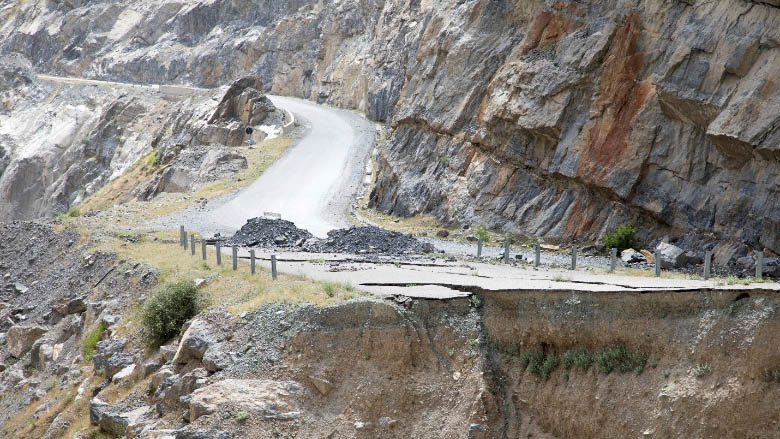 This study, financed by the Japan-World Bank Program for Mainstreaming Disaster Risk Management in Developing Countries, assesses the quantifiable economic costs of disasters that affect the country’s major road network. To justify increased investment in the road network, specifically to increase the level of disaster resilience, it is important to have a clear understanding of these costs.

As part of this study, extensive field work was undertaken, including over 400 surveys and 15 interviews with people in affected communities, and inspection of more than 2,000 kilometers of road network across Tajikistan, focusing on national and international trade corridors and links with neighboring countries. 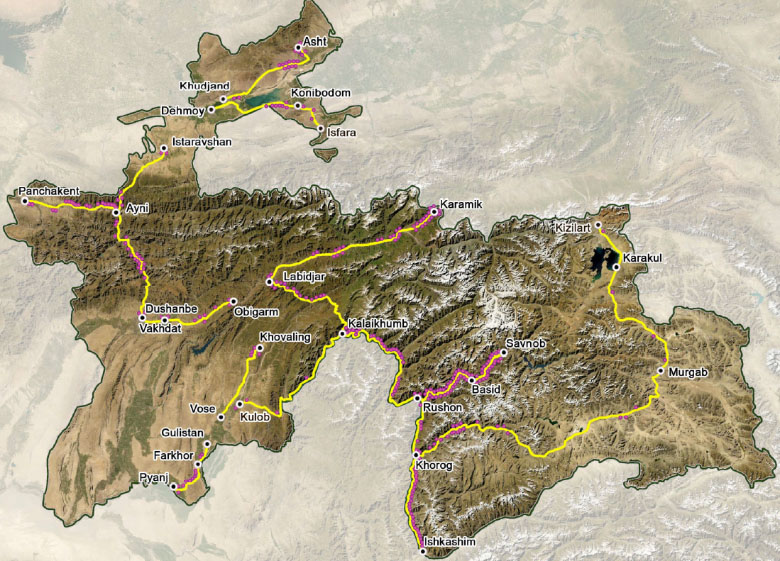 Road sections assessed by the study.

In total, 331 sites were identified where some level of hazard exists. At each site, detailed observations enabled the assessment of the cause of each hazard and the identification of potential mitigation measures. An assessment of the impact of climate change on the location, magnitude and frequency of natural hazards was also completed.

This enabled an estimation of the total amount of investment that would be needed to make the road network more resilient. Based on preliminary analysis, it is estimated that an investment of approximately $404 million will be required to provide physical protection measures for all 331 sites.

Noting that 100% resilience is an impossible target, the measures identified focus not only on eliminating a particular hazard (e.g. avalanche control fences), but also on mitigating the effects of the hazard (e.g. retaining walls to collect rockfalls). Nevertheless, even with these measures, significant risks will remain which need to be mitigated wherever possible.

The study recommends that the Government of Tajikistan continues its investment in improved search and rescue and emergency response capability in areas regularly affected by disasters. Equally important are investments in early warning systems to detect the early signs of a hazard occurring, to warn road users, affected communities and first responders to be ready for an event. These systems would help reduce loss of life and enable faster response times to disasters, as equipment and people will be more likely to be in the right place.

The total economic cost of disasters impacting Tajikistan’s road network is estimated at around 0.5% of GDP per annum, or around 445 million somoni in 2022.

Cost benefit analysis has been completed for the proposed program of mitigation measures, which has produced an economic internal rate of return of -14.5%, showing that the whole program would not be economically viable.

An important aspect of this study was to assess how climate change will impact the number and severity of future disasters. This is particularly important in a country such as Tajikistan where the impact of climate change will vary between regions and will affect different hazards in different ways.  Overall, it is estimated that the number of disasters affecting the road network will rise by 3% per annum over the next 10 years.

Considering the type of climate hazards and risks in the mountainous areas of Tajikistan, the most serious threat comes from increases in extreme precipitation events. This may not only lead to higher discharges, such as flash floods, but can also lead to more frequent and more powerful mudflows, landslides, and avalanches.