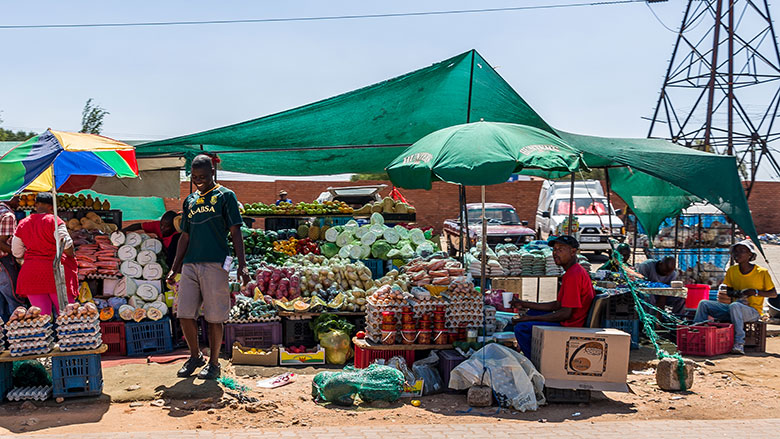 PRETORIA, November 13, 2018 – Immigrants in South Africa had a positive impact on employment and wages for locals between 1996-2011, with each immigrant worker generating approximately two jobs for citizens, according to a new World Bank report.

Within the context of frequent political discourse that blames migrants and refugees for “stealing” local jobs, “Mixed Migration, Forced Displacement and Job Outcomes in South Africa” explores the complex patterns and transformation of migration and displacement since apartheid, government responses to them, and the implications of mobility on the country’s labor market.

“This study provides strong empirical evidence on an issue that is a priority to the Government of South Africa – jobs,” said Paul Noumba Um, World Bank Country Director for the Southern African countries. “We hope this analysis can inform policy that enhances the developmental opportuni­ties for locals, migrants, refugees and the wider economy – while being cognizant of perceptions of locals.”

The positive impact immigrants had on the labor market is substantiated along several lines in the study. The data shows that immigrants and locals are not perfect substitutes, as such they may specialize in different tasks that lead to overall productivity gains. Foreign and local-born workers might, in fact, perform complementary tasks, and for this reason, the two groups may not always compete for similar jobs, as is widely perceived. As a result, this complementarity can increase the productivity of local workers, generating positive results for their employment and wages. The study also notes that immigrants have nearly twice as high an employment-population ratio compared to locals—possibly reflecting the demand for the diverse set of skills they bring—which can result in large multiplier effects.

The study shows that immigrants tend to have lower levels of risk-aversion and are entrepreneurial, which may have positive effects on the economy. In this vein, the report underscores the prevalence of self-employment among immigrants: self-employment accounts for 25% of total jobs for immigrants, compared to 16% for locals. Immigrants are more likely to appear in entrepreneurial roles than locals, suggesting that their actions are likely to pro­mote economic growth by enhancing, for instance, the supply of small retail establishments. If those businesses are success­ful, they will also provide multiplier effects which may spread beyond the immediate family.

“We’re living in a global context where unsubstantiated statements about the effect that migrants and refugees have on host countries are routinely made and taken as truth. Instead, this study is situated in empirical evidence that could be used to develop policies or further research,” said Helidah Refiloe Ogude, task team leader of the study. “This does not mean we shouldn’t take seriously the lived experiences of locals and migrants nor the short term-costs of migration. But it does mean that an opportunity exists for regional, national and sub-national actors in Southern Africa to debunk myths and engage in discourse and policy-making that reflects a more complex reality then the ‘theft of local jobs’ by migrants and refugees.”

The study, which cautions that the results are retro­spective given data limitations, acknowledges well-documented data from previous studies that shows migration and displacement may have short-term costs for host communities.

The results, the study suggests, provide a basis to potentially enhance the development impacts of migration, especially on local jobs, wages and the South African economy, while mitigating short-term costs. Equally, the study concludes by emphasizing that the political will to advance policies based on empirical evidence, is a necessity for the achievement of any sustainable and positive socio-economic outcomes for locals and migrants, alike.