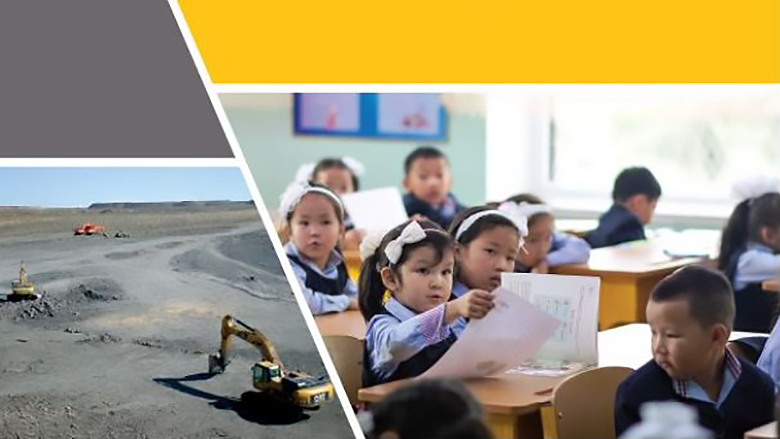 . Current policies are excessively focused on preserving the mining-driven prosperity at the risk of future stagnation.

This is evident in the fact that the country has become increasingly reliant on mining-led growth, while at the same time, saving a measly one cent out of each dollar of its mineral output. It is seen in the dramatic rise in the country’s indebtedness and steadily falling saving rate, signaling a premium put on the present times.

There is a great temptation to focus on the near term, given the significant and immediate benefits of mining-led growth. It is commendable that . Quality of life has improved, with Mongolia comparing favorably with its peers in terms of the stock of human and physical capital. All these factors have been made possible by significant mineral revenues and a high level of external borrowing, providing the means to support a generous (but inefficient) social assistance system and a large public investment program.

In the shadow of success have grown many of Mongolia’s enduring challenges, further exacerbated by climate change and the COVID-19 pandemic. Growth has almost entirely come through capital accumulation and the intensive use of natural capital rather than through sustained productivity growth. Elimination of extreme poverty owes more to the generous social transfer system than to the creation of abundant well-paying jobs.

Instead of using mineral wealth to gradually reduce its dependence on the sector, Mongolia has increasingly become more addicted to it. Such complacency is ill-timed as demand for key minerals is likely to tumble due to climate change concerns, a shift of investors’ preference toward sustainability, China’s ambitious goal to reduce coal consumption, and persistence of the COVID-19 shock.

Mongolia must get more out of mining, as well as livestock, cashmere, and tourism. But to build the foundation of a diversified, high-income economy, it needs to do more.

There appears to be an unprecedented shift in the fiscal management of the country since 2017. For example, the fiscal balance has been in surplus in two of the last three years, the public debt-to-GDP ratio has declined for three consecutive years, and more than 2.5 percent of GDP have been annually transferred to the Stabilization and Future Heritage Funds for the last three years - remarkable achievements given Mongolia’s checkered history of macroeconomic management.

They demonstrate that with the right political will and leadership, similar improvements are possible in other areas including monetary and exchange rate policy, the financial sector, the business environment, and the labor market.