Mauritius: Earnings Mobility and Inequality of Opportunity in the Labor Market in Four Charts 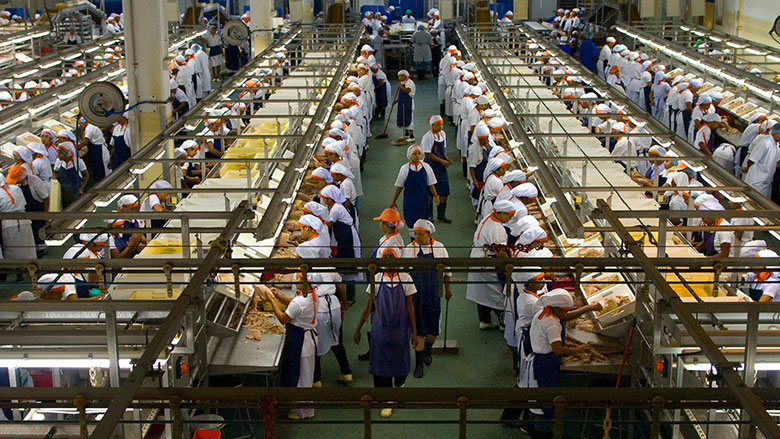 PORT LOUIS, April 24, 2019— The increase in income inequality over the past decades in Mauritius was driven by a progressive shift from traditional and low-skill sectors to services. This transformation has generated a considerable rise in the demand for skilled workers that the country is struggling to meet, despite higher education levels among the population. As a consequence, high-skilled workers received considerably larger wage increases compared with low-skilled workers, and people have become trapped in low-paying jobs with little ability to work their way out.

The following four charts outline the report’s key findings and provide recommendations for the way forward. 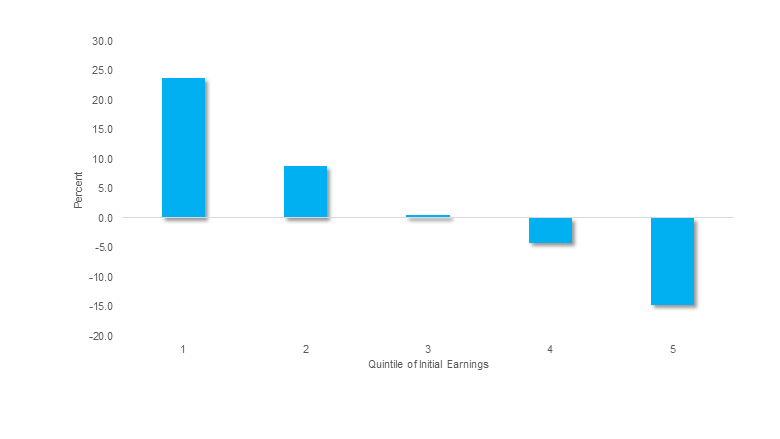 Women and low-educated workers are not catching up as quickly. Women generally experience less mobility than men with similar characteristics, as do low-educated workers relative to their well-educated peers. For example, workers with post-secondary or tertiary education see a larger change in earnings over a 16-month period, 43 percentage points, than those who have only completed primary school.

Effect of Being a Woman and of Having Different Educational Attainments on Percentage Change in Earnings, 2005–15 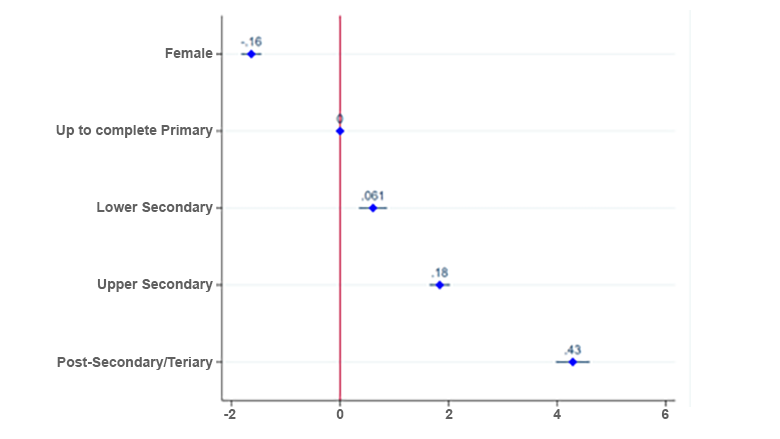 Source: Based on data of the Continuous Multipurpose Household Survey, Statistics Mauritius.Note: The dots indicate the effect on the percentage change in earnings of being a woman relative to being a man and of having a certain educational attainment relative to having up to complete primary education. The analysis controls for a number of individual characteristics, including initial earnings, age, gender, educational attainment, district of residence, initial employment category, sector, occupation, and transitions across sectors between the initial and final period.

Median Changes in Earnings by Quintile: Anonymous and Panel Workers, 2005–15 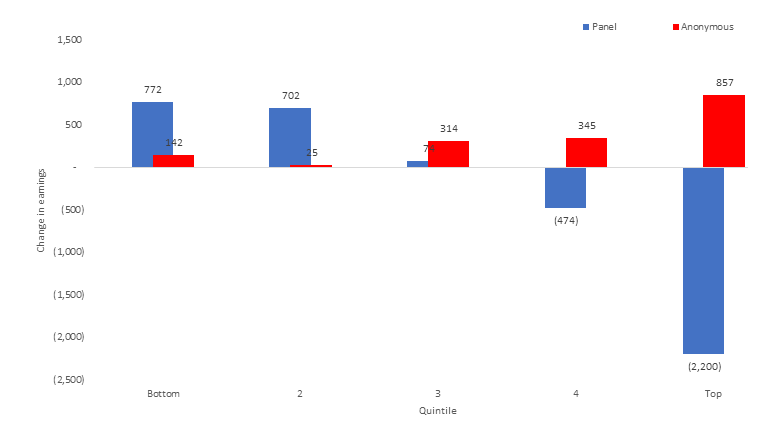 Source: Based on data of the Continuous Multipurpose Household Survey, Statistics Mauritius. Note: Earnings are expressed in 2015 prices.

Women and youth continue to have less access to jobs. Between 2000 and 2011, equality in access to labor market opportunities overall improved, largely due to an increase in education across the population. However, these opportunities are not equally distributed, and gender, education and age explain the largest share of that inequality. Women are less likely to access employment in general, especially full-time employment. In 2016, the participation rate for men was as high as 89%, whereas women were only at 56%. Education plays an important role in explaining access to good quality employment, and youth in Mauritius experience a higher-than-average unemployment rate. Two things drive high youth unemployment in Mauritius: one, reluctance among low skilled youth to take up jobs in certain sectors, particularly agriculture and export-oriented enterprises, because of the working conditions and the social status associated with being employed in these sectors; and two, difficulties faced by employers in finding people with proficiency in technical skills, suggesting that the Mauritian education system does not meet labor market demands and/or youth are less likely to select those curricula even if available.

Contributors to Inequality in Access to Labor Market Opportunities, 2000 and 2011 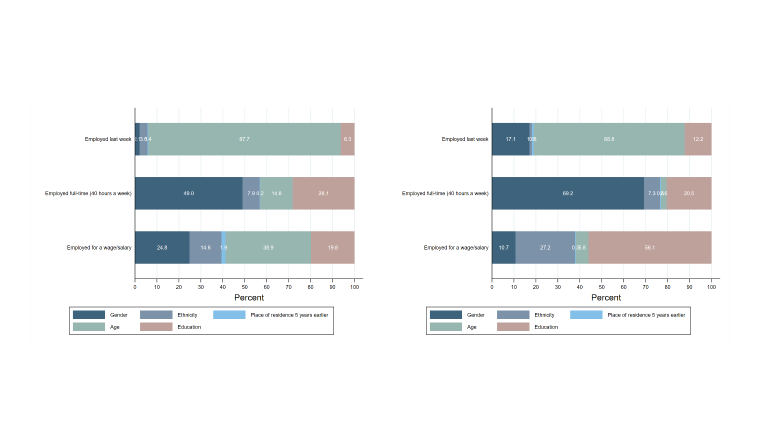 Left: 2000. Right: 2011. Source: Based on data of the Housing and Population Census, Statistics Mauritius.

Going forward, Mauritius has the opportunity to strengthen policies targeted at developing skills in line with the changing economic landscape. This can further enhance mobility in earnings and help offset inequality. Workers with skills that are most demanded in the labor market not only start off with higher earnings, but they also experience faster earnings growth. As a first step, a comprehensive assessment of the current and future skills that firms need can help inform education curricula, and training programs can help those who are already working adapt to the new demands of the labor market.

The country should also continue with more women-friendly social policies that foster women’s participation into the labor market and reduce the gender wage gap. Affordable childcare and eldercare as well as working-time regulations that promote flexibility can help in this regard. Awareness campaigns can help to shift norms on the employment of women in high-paying positions. Investing in career promotion and leadership development programs for women could also help them prepare for private sector jobs.

To tackle high youth unemployment, Mauritius can focus in two areas. One, improving the connection between education and training systems and the labor market so that people can learn the skills required for today’s and tomorrow’s jobs. Two, consolidating fragmented employment programs and linking them more closely with education policies and employer demand in order to create a comprehensive approach including on-the-job training, short classroom training, life-skills training, labor market intermediation services, and career guidance.