Côte d’Ivoire Economic Outlook: Why the Time Has Come to Produce Cocoa in a Fully Inclusive and Responsible Manner 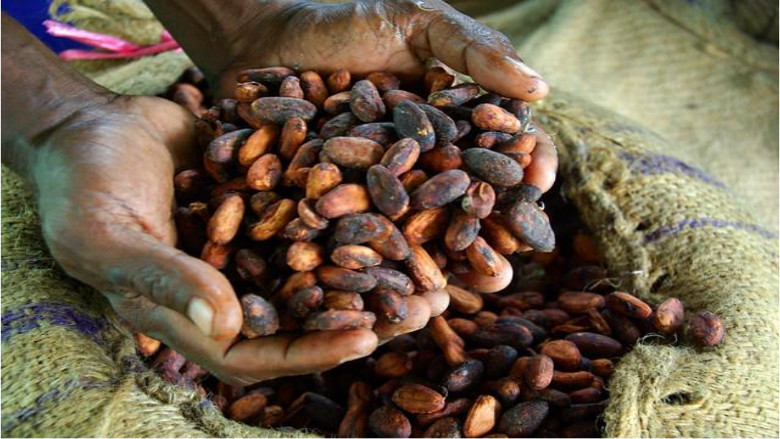 Published on July 11, 2019 by the World Bank, the ninth economic update for Côte d’Ivoire confirms the positive trends noted in the past year but qualifies this assessment because of several risk factors, in particular the uncertainty linked to the 2020 presidential elections. The study also proposes approaches to modernize the cocoa sector, which is currently not inclusive or environmentally responsible. Below are the eight takeaways:

1. Overall, the economy is in good shape and is maintaining its lead in the region and on the continent

With a growth rate of 7.4% in 2018 and a projected rate of 7.2% in 2019, placing it slightly behind Ethiopia and ahead of Rwanda and Senegal, Côte d’Ivoire continues to be a leader in economic activity on the continent. The prudent monetary policy of the Central Bank of West African States is expected to keep inflation in check (at roughly 0.3%). Facilitating this are, in particular, stable food prices, lower telecommunications prices, and a modest increase in fuel prices. 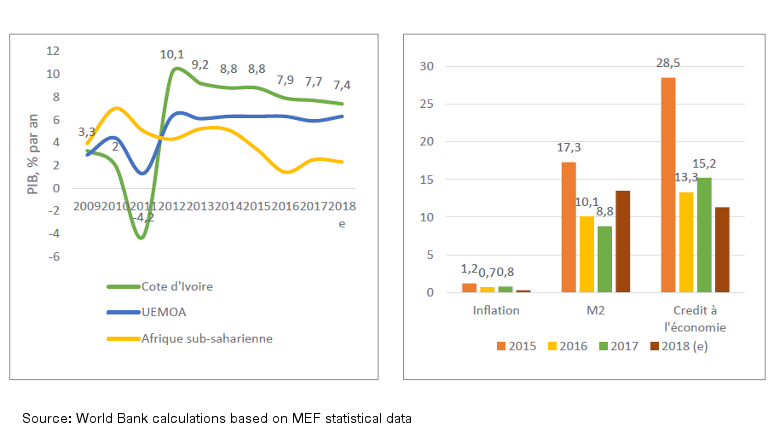 2. The economic landscape has changed, and the private sector is once again the main engine of growth

The private sector regained its momentum following a decline in 2016 and 2017, but did so in a very uneven manner. The agricultural sector slowed significantly, especially cocoa and cashew production, which increased by a mere 4% and 7% respectively in 2018, compared to 24% and 9% in 2017. These figures serve as a reminder of this sector’s vulnerability to climate shocks and terms of trade, which were less favorable in 2018. Growth was, however, robust in the telecommunications, agribusiness, and construction sectors. Furthermore, enterprise investment was greater in 2018, no doubt as a result of the reforms aimed at improving the business climate and perhaps the desire to make investments ahead of the October 2020 presidential elections. 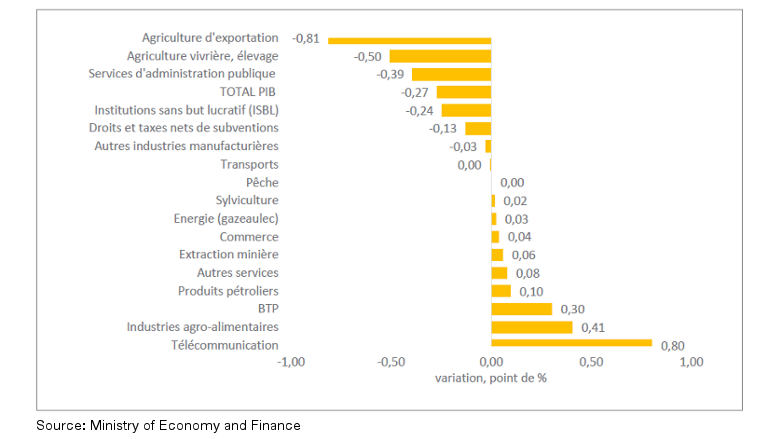 3.      Private sector momentum offset the negative impact of the external sector on growth

Following an exceptionally favorable year in 2017, the current account deficit increased from 2.7% to 4.7% of GDP between 2017 and 2018, with the country’s trade flows—which are relatively undiversified—remaining exposed to price changes in a number of commodities (in particular cocoa and oil). However, the increase in foreign direct investment (FDI), in particular in agribusiness, and the government issuance in March 2018 of international bonds worth over $2 billion comfortably financed this current account deficit. 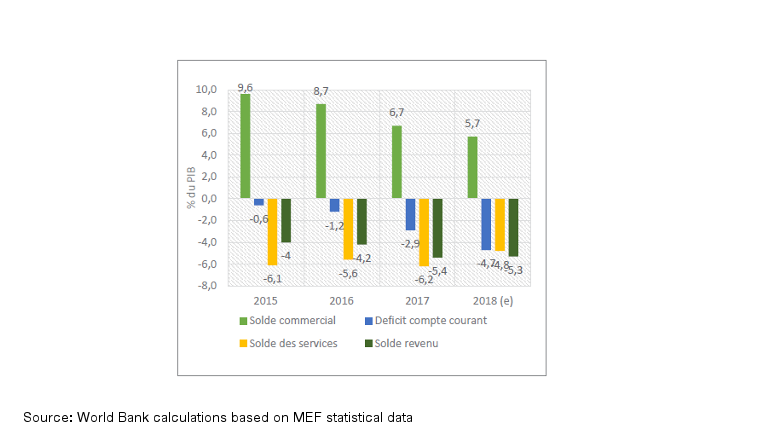 4.      The government deficit was reduced; the tradeoff was major budget cuts and a decline in public investment

Between 2017 and 2018, the government deficit fell from 4.5% to 4% of GDP, a path on which the Government would like to continue in order to bring this figure to 3% in 2019, thus meeting the targets set by the West African Economic and Monetary Union (WAEMU).  However, this adjustment was based solely on a reduction in public expenditure, in particular government investment, which has not supported the Ivorian economy as much as it did in the past. Going forward, the Government intends to be more selective in terms of the quality of the projects in which it invests and to make the development of private sector partnerships a priority. It will also have to ensure that government debt is controlled, in particular commercial borrowing, including borrowing by public enterprises and government agencies. 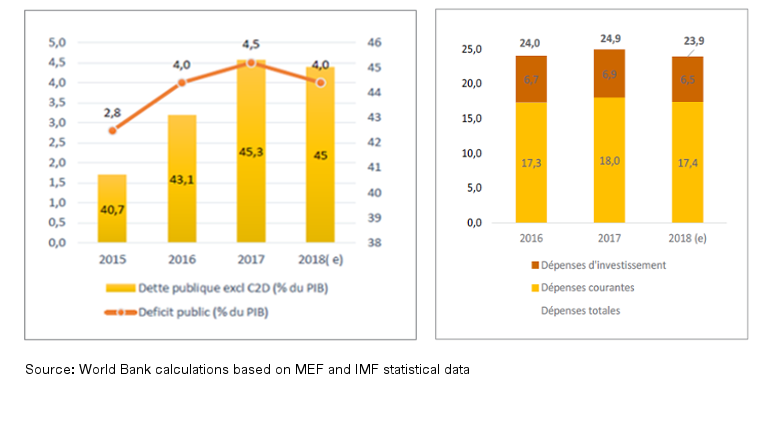 5.      The Government is not increasing its tax revenue

Tax revenue declined by 0.7% of GDP between 2012 and 2018, contrary to the trend seen in other countries of the region such as Senegal and Togo, which have the same taxation system. This decline is a consequence of the slowdown in the extractive sector, a tax policy aimed at counteracting the effect of international price changes in cocoa and oil on the local economy, and low VAT revenue.  Although several tax administration reforms to facilitate tax procedures and tax collection such as the introduction of digital platforms and the streamlining of certain procedures should ultimately boost tax revenue, the Government will have to increase VAT collection, as this revenue from domestic transactions is among the lowest in the world. If the authorities managed to collect as much VAT as Cameroon or Cabo Verde, Côte d’Ivoire would be able to increase its tax revenue by two percentage points of GDP. 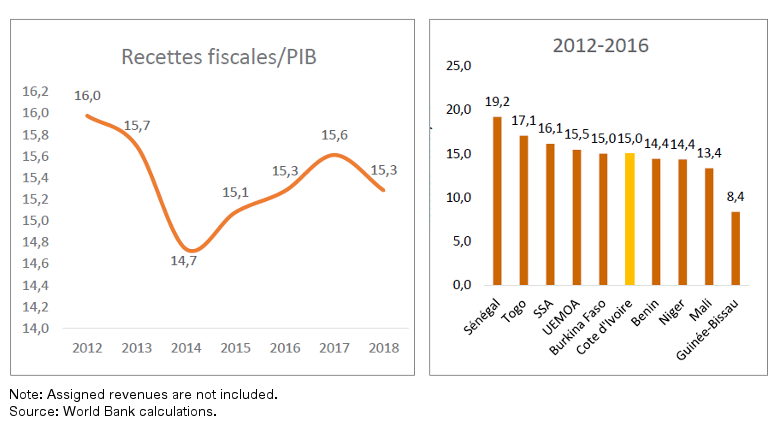 6.      Côte d’Ivoire is changing but its agricultural sector remains underproductive and insufficiently diversified

While agricultural activity is declining in Côte d’Ivoire, more than half of its residents continue to depend on a primary activity for their livelihood. However, agriculture has contributed a mere 1.2 percentage points of GDP growth (or 14%) since the country’s improved economic situation starting in 2012. While many factors account for this, they are rooted in the low yield of most food and cash crops and the failure to diversify and move toward higher value-added activities. To address this, the Government has made the modernization of the agricultural sector a priority in its new national development strategy, in particular the cocoa sector, which mobilizes more than five million persons and is by far the country’s biggest foreign exchange earner. 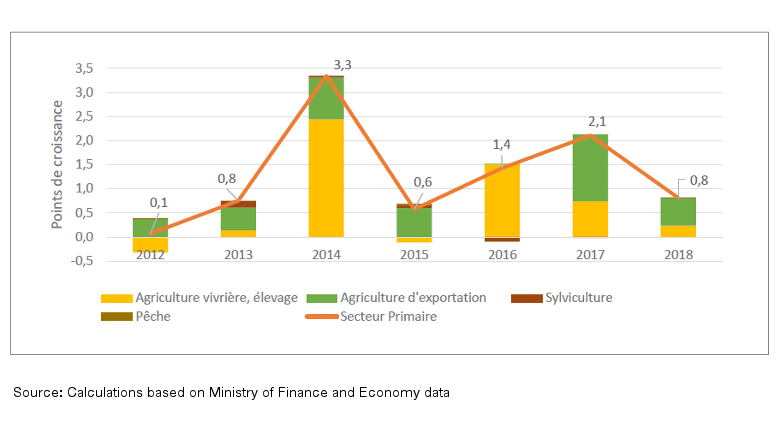 Côte d’Ivoire supplies 40% of the world’s cocoa but only receives between 5% and 7% of the profit generated by this sector globally. This profit is essentially concentrated in the processing and distribution phases. As a result, although this sector employs close to one million producers and provides income to one-fifth of the Ivorian population, it has not contributed much to the country’s wealth. It is estimated that 54.9% of Ivorian cocoa producers and their families currently live below the poverty line. Added to this is the fact that in the past two decades, consumers have gained awareness of environmental and social issues and have become more demanding, following numerous investigations that have shed light on the negative role played by cocoa production in terms of deforestation as well as child labor, which is often performed under extremely difficult working conditions on the cocoa plantations. 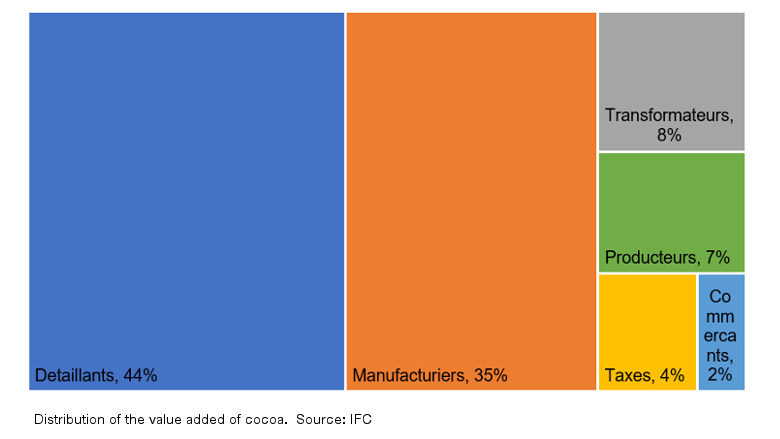 To transform its cocoa sector, Côte d’Ivoire would first have to carry out a technological revolution to increase yield in order to promote reforestation and boost producer income. Traceability systems would then have to be instituted to offer consumers a guarantee of responsible cocoa production. Lastly, the sector would have to develop the local cocoa processing industry to meet local demand, design a label of origin that is more attractive to consumers, and take advantage of demand growth in Asia for intermediate products.