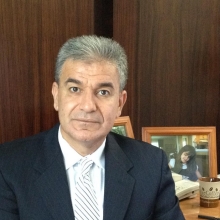 Wael Zakout is Senior Technical Advisor and Global Lead for Land and Geospatial at the World Bank. Prior to March 2015, he was the Country Manager for Yemen.  From 2007-2011, he served as the Sector Manager for Urban, Water and Disaster Risk Management in Europe and Central Asia Region. Mr. Zakout has a PhD from the University of Wisconsin Madison in civil and environmental engineering and undergraduate degree from Bir Zeit University in the West Bank. Mr. Zakout joined the World Bank in 1994 and held several positions in East Asia and Europe and Central Asia regions and worked extensively on land policy and titling programs in more than 30 countries.