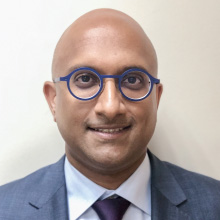 Before joining the World Bank in 2018, he was the chief development economist to the Government of New Zealand, based in the New Zealand Ministry of Foreign Affairs and Trade. In this role, he managed New Zealand’s overseas aid investments and policy dialogue with governments in the areas of economic policy and institutional reform, governance, and trade. Between 2011 and 2013, he worked for the New Zealand Treasury, where he led the establishment of New Zealand’s macroprudential policy framework and served as a fiscal policy adviser to the Government.

Between 2007 and 2010, he worked as an Overseas Development Institute (ODI) Fellow with the (Central) Bank of Guyana as a Balance of Payments adviser, and with the Zambian Ministry of Finance and National Planning as the head of the Macroeconomic Policy Unit and an adviser in the office of the Minister of Finance.

He has served as New Zealand’s lead negotiator on the Addis Ababa (Financing for Development) Action Agenda, New Zealand’s deputy representative on the G20 Development Working Group in 2014, and as a member of the Financial Stability Board’s Remittances Task Force between 2017-2018.