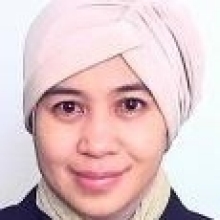 Thalyta E. Yuwono (Nandya), an Indonesian national, joined the Bank in 2009. She has managed several trust funds and projects, including the first output-based project in Indonesia, which uses the government’s own independent verification agency to verify results. In her tenure at the Bank, Nandya has also managed PASA on decentralization and sustainable urbanization, municipal bonds, and GPRBA RBF. In FY19, she worked as an Agile Fellow, leading the Agile Champions Community and the Stronger Country Team initiative in the Indonesia and Nepal, Sri Lanka, Maldives CMUs. Nandya graduated from Georgia State University in 2008 earning a PhD in Public Finance.