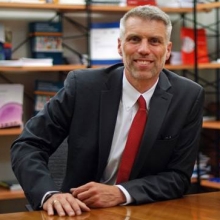 Sebastian Molineus is the World Bank Regional Director for the South Caucasus, effective July 1, 2019, where he will be responsible for developing the World Bank’s country strategies, managing the portfolio of lending, advisory and convening services, coordinating with development partners, and engaging with other key stakeholders on economic growth and poverty reduction in the region.

Sebastian joined the International Finance Corporation in 2002 where he managed corporate governance reform programs in Russia and across the Middle East & North Africa region, based in Moscow and then Cairo. In 2008 he joined the World Bank in Washington as a Senior Operations Officer responsible for financial and private sector development and then became a Practice Manager for the Capital Markets Global Practice in 2012.

Sebastian was appointed as Director to the Finance & Markets Global Practice in 2014 and in 2018 became the Director for the Finance, Competitiveness, and Innovation Global Practice. Prior to joining the World Bank Group, he worked at the Organization for Economic Co-operation and Development in the Financial, Fiscal, and Enterprise Affairs Division.

Sebastian holds an MBA from the HEC School of Management in France, and a Masters from the University of Passau’s School of Law in Germany.