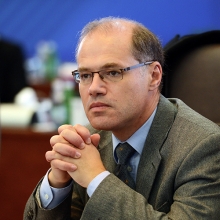 Ruslan Yemtsov is World Bank’s Human Development Program Leader for China, Mongolia and Korea. Prior to his current position, he was the Global Lead for Social Safety Nets at the Social Protection and Jobs Global Practice of the World Bank. During his career at the World Bank he also worked in the Middle East and North Africa region, and in the Eastern Europe and Central Asia region.