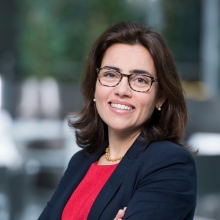 Since joining the World Bank in 2002, Rita has held different positions including Senior Economist in the Education and in the Social Protection and Jobs Global Practices, and Economist in the Development Economics Research Group. During this tenure, Rita served as the Bank skills global lead and managed lending and analytical work across Latin America and the Caribbean, Eastern Europe, and the Middle East and North Africa. Most recently, she served as Practice Manager for the Latin America and the Caribbean Region leading a team of more than 30 professionals working in the Bank’s lending operations and analytical activities to support education systems in the region.