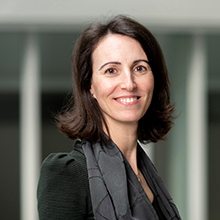 Paloma Anós Casero, a Spanish national, is an economist with over twenty years of professional experience. Paloma joined the World Bank in 2001 as a Young Professional. She has since held various managerial positions in several technical departments across four regions (Latin America, Eastern Europe, Middle East, Africa). Paloma’s current assignment is Director in the Macroeconomics, Trade, and Investment Global Practice. Prior to joining the World Bank, Paloma worked for the United Nations Development Program, the European Commission, and PricewaterhouseCoopers. Paloma holds Masters Degrees on Economics and Public Policy from the London School of Economics (LSE, London); International Economics from the Université Libre de Bruxelles (ULB, Brussels); and Macroeconomics and Finance from the Universidad Pontificia de Comillas (ICADE, Madrid). She speaks English, French, Spanish, Portuguese, and Russian.