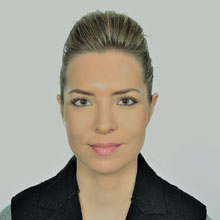 Nur joined the World Bank team in 2011 as an Economist in the West Bank and Gaza office. The primary focus of her work has been on macroeconomic and structural policies, economic growth, trade and public finance. She has co-authored a number of key analytical pieces including “Area C and the Future of The Palestinian Economy”, “Palestine—Prospects for Growth and Jobs: A General Equilibrium Analysis”, and “Palestinian territories Public Expenditure Review 2013-2014”.
Prior to joining the Bank, Nur held various positions with the private sector. Nur holds a master’s degree in economic development from the London School of Economics and an undergraduate in economics from Birzeit University.