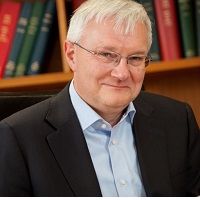 Before joining the WBG, Mr. Ray served as Executive Director at the International Monetary Fund for two years representing the corresponding constituency. Prior to this, he was a Deputy Secretary in the Australian Treasury, looking after the Fiscal Group from 2008 – 2015 and then the Macroeconomic Group until late 2018. During that period, Mr. Ray was a member of the Treasury’s Executive Board and was also the Executive sponsor of the Department’s Progressing Women initiative. From mid-2015, he served as alternate director of the Reserve Bank of Australia and was a member of the Australian Statistics Advisory Council. He was also Australia’s G20 Finance Deputy.

Mr. Ray joined the Australian Public Service in 1986. Most of his career has been spent in the Australian Treasury. He has held senior executive positions across that department and was Minister-Counsellor (Economic) in Australia’s Embassy in Washington DC from 1997 to 2000.

Mr. Ray holds Master of Economics and Bachelor of Laws degrees from the University of Sydney.  He was awarded the Public Service Medal in the 2013 Queen’s Birthday Honours List.