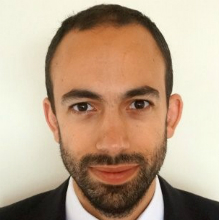 Miguel Eduardo Sánchez Martín, is the Senior Country Economist for Cambodia in charge of growth and fiscal advice. Miguel joined the World Bank in 2010 and is experienced in economic policy dialogue in a number of Latin American and South East Asian countries. He has previously worked for the Spanish Institute for Foreign Trade as trade and investment analyst, both in Madrid and Ankara. He holds a MsC in Political Economy of Development by the University of London, SOAS, and a PhD in Economics by Universidad Autónoma de Madrid. His areas of specialization include foreign direct investment attraction and spillovers, growth and diversification, fiscal policy and redistribution, and political economy analysis, always applied to developing economies. He counts with several publications on these topics, and is a reviewer of academic journals, including the Journal of International Business Studies and the European Journal of Political Economy.