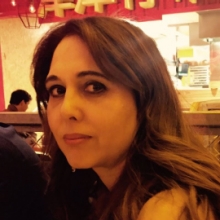 Maria González de Asis is the Manager of Strategy and Operations in DECKM and the Co-Chairman of the Global Delivery Initiative. Before joining the unit she head the Science of Delivery team at the World Bank that focuses on collaboration across the international development community to forge a new frontier in development efforts using artificial intelligence around operational knowledge. She began her work at the World Bank in 1997, and her trade-mark has been leading teams across the bank to provide pioneered approaches for transparency, accountability and efficiency in service delivery. During her career at the world Bank she has worked in operations in different regions, OPCS and Global Practices, where she has concentrated on public sector reforms; managing anti-corruption programs in the field, leading judicial reform projects, and innovating in areas related to fiscal transparency, urban issues, gender, disruptive technologies and financial management. One of her major contributions in the area of governance is the design and application of governance frameworks in sectors based on a problem driven approach, leadership, partnerships, and political economy. This approach has been scaled up by partners including Transparency International, Tech of Monterrey, and the Global Fund. Before joining the World Bank, Ms. González de Asis worked at Transparency International in Washington, Berlin and Peru; in academia at Georgetown University; and as a lawyer in Spain for the firm “Abogados Asociados," focusing on investigating irregularities in the funding of political parties.

Ms. González de Asis has received several recognitions for her work on knowledge, governance, crime and violence, gender and improving service delivery in different sectors, including education, urban and transport. Ms. Gonzalez is a frequent speaker on governance issues in different fora, including lectures at Stanford University, Harvard University's Kennedy School ad, and Georgetown University. Recent and notable publications include "Reducing Corruption at the Local Level" (World Bank 2005); "Governance and Rule of Law" (World Bank Institute, 2006); "Improving Transparency, Integrity and Accountability in Water Supply and Sanitation" (Transparency International and the World Bank 2009); "How to build coalitions: Hackathon Against Domestic Violence" (World Bank 2013); and Operationalizing the science of delivery agenda to enhance development results (World Bank, 2015). Ms. González de Asis has a Master’s degree in Law from the Universidad Autónoma of Madrid, and a Master’s in Public Policy from Georgetown University.