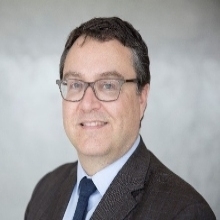 Practice Leader for Human Development for the Maghreb region and Malta.

Luc Laviolette, a Canadian national, is Practice Leader for Human Development for the Maghreb region and Malta.  From 2017 to 2020, he led the Country Programs in the Global Financing Facility (GFF) Secretariat which is based at the World Bank in Washington, DC.  From 2013 to 2017, he was Program Leader for Human Development for Central African Republic, Democratic Republic of Congo and Republic of Congo, based in Kinshasa (DRC), where he coordinated World Bank investments in health, nutrition, population, education, social protection, gender and fragility. He joined the World Bank as Senior Nutrition Specialist in the South Asia Region in 2009, initially based in New Delhi (India) and then in Islamabad (Pakistan).  Prior to joining the World Bank, he held several positions including Regional Director, Asia for a non-profit organization (Nutrition International) and various positions at the Canadian International Development Agency in the Government of Canada.  He also worked as Counselor to the Executive Director for Canada, China, Spain, Korea and Kuwait at the African Development Bank, based in Abidjan (Cote d’Ivoire) and worked at the International Development Research Centre in Canada.