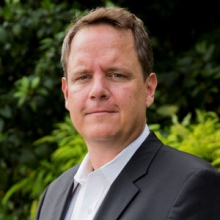 Lasse Melgaard, a national of Denmark, has two decades of development experience from across South East Asia, Eastern and Southern Africa. Prior to coming to Bulgaria, he was as Resident Representative based in Suva, Fiji, and beforehand he coordinated the World Bank’s work in the South Pacific from Sydney, Australia.

In his time with the World Bank, Mr. Melgaard has led strategy development, lending operations and analytical work across a broad range of areas. He most recently led the development of the first ever World Bank Country Partnership Framework for Fiji. Prior to this, he led the year-long consultation process which led to the five-year, nine-country Pacific Islands Regional Country Partnership Framework, the key guiding document for the World Bank’s program in nine Pacific countries: Kiribati, Marshall Islands, Micronesia (FSM), Nauru, Palau, Samoa, Tonga, Tuvalu, and Vanuatu.

Prior to joining the World Bank, Mr. Melgaard started his career working for the Royal Danish Ministry of Foreign Affairs and later for the United Nations Capital Development Fund, the Danish Red Cross, as well as the Danish International Development Agency (DANIDA) in Tanzania, Uganda, Ethiopia, and Vietnam. He holds a Master’s Degree in Law and Diplomacy from the Fletcher School at Tufts University, where he was a Fulbright Scholar.