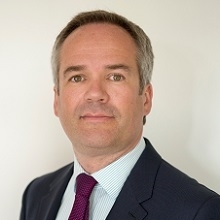 Prior to joining the World Bank Group, Mr. Davidse was the Deputy Special Representative of the United Nations Secretary-General in the Multidimensional Integrated Stabilization Mission (MINUSMA) in Bamako, Mali. Other senior positions he has held include Director of Multilateral Institutions and Human Rights in the Ministry of Foreign Affairs of the Netherlands and Director for Peace Building and Stabilization with a special focus on Afghanistan. He was also the Dutch Special Envoy for Sudan, when the Netherlands was involved in Sudan Comprehensive Peace Agreement. Previously, he served as the Research Director for the Secretary General’s High-level Panel on United Nations System-wide Coherence, United Nations, New York, U.S. Mr. Davidse also served as a Senior Advisor to Executive Director in the World Bank.

Mr. Davidse holds a degree in International Relations and Political Science from the Erasmus University, Rotterdam, the Netherlands.