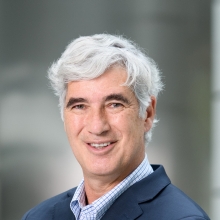 Juan Pablo Uribe, MD, is the Global Director for Health Nutrition and Population at the World Bank and Director of the Global Financing Facility for Women Children and Adolescents (GFF). Previously, Mr. Uribe was the CEO of Healthcare Providers for United Healthcare/Banmédica for Chile and Peru and served from 2018 to 2019 as Minister of Health and Social Protection of Colombia. Prior to that, he was the Director General of the Fundación Santa Fe de Bogotá, a leading organization in Colombia working in health care, health education and public health.  Between 2009 and 2011, he was the World Bank´s Health Sector Manager for East Asia and the Pacific. In his career, first as a medical doctor specializing in public health and public administration, and later in both public and private sector organizations, Mr. Uribe has contributed significantly to the development of public health, health systems and public policies.