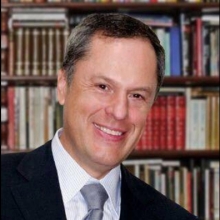 Most of Chávez Presa’s professional career has been devoted to public service in the executive and legislative branches at the federal level.   From 2000 to 2003 he served as House Representative of the LVII Legislature of Mexico’s Congress representing four states and the Federal District.

Prior to this position at the World Bank Group, Mr. Chávez Presa was the Chief Financial Officer at the Instituto del Fondo Nacional de la Vivienda para los Trabajadores (Infonavit). Moreover, he held several senior level positions, including Director for Development New Business and Products in Banorte; Director of the Governing Board at the Instituto para la Protección del Ahorro Bancario (IPAB); Deputy Secretary of Energy Policy at the Secretariat of Energy; the first Head of the Budget Policy and Control Unit; Director General for Budget Policy, Director of Public Debt and Director of Financial Planning at the Secretariat of Finance and Public Credit.

Mr. Chávez Presa earned a B.A. degree in economics from the Instituto Tecnológico Autónomo de México, and a Master’s and Ph.D. degrees from The Ohio State University.