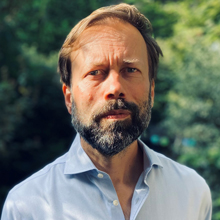 Jakob Kopperud is the World Bank’s Special Representative to Europe, a position he took up on June 1, 2021.

A Norwegian national, Mr. Kopperud has extensive expertise in donor relations, multilateral cooperation, development policy and communications, and has built a strong network in European capitals and in multilateral fora over his more than 18 years working for the World Bank Group. He served as the World Bank Special Representative to the UK & Ireland from 2018 to 2021; as Advisor on World Bank Multilateral Engagement and World Bank delegate to the OECD from 2015 to 2018; led the World Bank's relations with the Nordic Countries from 2003 to 2015; with the Netherlands from 2009 to 2013; and with international parliamentary organizations from 2008 to 2014. Mr. Kopperud also worked in the World Bank’s office in Juba, South Sudan in 2008. Before joining the World Bank, he was with the Norwegian Ministry of Foreign Affairs - first as a desk officer with the multilateral bank and finance section, and later as a communications advisor to the Minister for International Development. Earlier in his career, Mr. Kopperud also ran his own consultancy; and worked for Norwegian’s People’s Aid. Mr. Kopperud holds a MSc in Policy and International Development from the University of Bristol.