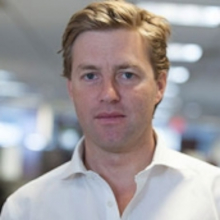 Hugh Riddell, a UK national, is the World Bank Country Manager for Malawi.

Riddell has more than 15 years in the World Bank and has prior experience at the United Nations, as well as in investment banking, journalism, and a short period in the European Commission.

He joined the United Nations Development Programme in 2003 to support private sector development, and subsequently joined the  Bank to focus on infrastructure financing in emerging markets. Since then, Riddell  has worked in the Bank’s operations policy team in Washington and Nairobi, and has managed complex portfolios in Afghanistan and East Africa. In Kabul from 2008-2012, Hugh managed the Bank’s largest single-country multi donor trust fund – the Afghanistan Reconstruction Trust Fund – mobilizing significant financing from around 30 donors for reconstruction.

Since 2012, he served as Country Representative and Country Manager in Somalia where he helped re-establish the World Bank’s relations with Somalia and its federal government, mobilize financing for reconstruction and helped coordinate the international process to support the initiation of the heavily indebted poor countries (HIPC) debt relief. Under Riddell, Somalia reached the HIPC Decision Point, unlocking new resources from international financial institutions.

Riddell has an MA and BA from Johns Hopkins and Oxford University.